To Islay and Back Again - A Mission


One thing leads to another!

If you had asked me 10 days ago if we would be going back to Islay this year I would have thought you were mad, but you see there is this Dower house...we saw it in August and were told it had been sold.

It had, but is now back on the market, offers over £195,000, but it's a bit of a mess. Actually it needs complete renovation, but it is perfect!

One morning on Islay Jenny and I went for a walk. We met a gardener who took us along a secret path to a little house at the bottom of the fairy hill. (you can see it behind the house).

He told us that the Dower house was the best situated house on Islay and would be worth a million if done up, but it had been sold.

Meantime Sandy and Tom noticed the Dower house too and raved about it being an amazing place to live. As there was a Mercedes benz in the drive we assumed it was being done up.

When we got home I scanned the property as I always do and what should I find? The Dower house, Kildalton, For Sale, offers over £195,000, viewing 6th September, offers in by 12.00 13th September.

We were very interested and so were Andrew, Sandy and Tom, together we could do it? Or could we?
Andrew, on the spur of the moment, went to Islay to have a look...back in 2 days with photos and "What an amazing place!". There were no other viewings except the 6th! A chance meeting with the Laird, who stopped and chatted, while Andrew was photographing at Seal bay led us further...did I mention that it is a seal sanctuary? Google Fiona of the seals.

Nothing for it, Nick Andrew and I returned to Islay over night on the 5th. 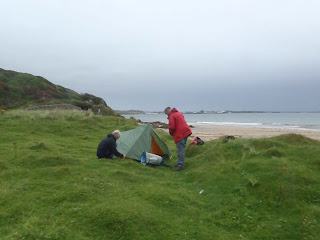 We walked to Port Ellen and caught a bus to Ardbeg, then walked a couple of miles...on adrenalin and no sleep, for the viewing...it was dreich, but beautiful.
We explored the outside, being early, saw peacocks, a stream, shells and stones on the beach...oh and an otter fishing. 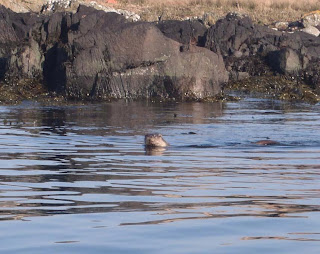 The acting estate agent arrived, Emma, she was one of six canoeists on Islay and later gave us a lift back to Port Ellen in her yellow beetle.

The inside was a terrible mess and there were great big mushrooms creeping out of the woodwork! The last owner had started doing bits here and there and it looked as though it was too much and they had just walked out leaving, food, toys some new materials and a Mercedes benz! 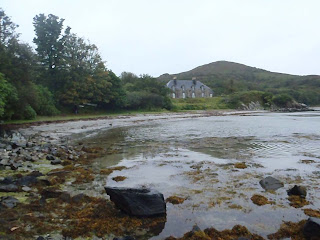 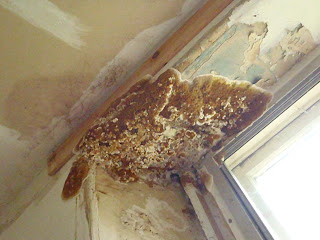 We took masses of photos and walked back through the ancient Kildalton woods, where roe and fallow deer are protected, to seal bay, where Emma picked us up.

A sit down curry at the simple Indian restaurant was very welcome and we shared it with another couple who seemed very depressed by the viewing...good for us!
An early night was needed and walking the mile to Kilnaughton bay in the rain made for a very wet night camping...but as we looked in the bay there was Tenacious (sail training ship) lit up like a beacon. Cousin Geoff were you on it? Rain? What rain? Did we notice Andrew wringing his socks out in the morning? We were warm and the soft grassy bank made for a good nights sleep in Brain Dipples force 10 tent. Andrew was in a bivvi tent and looked like a mummy in the morning! 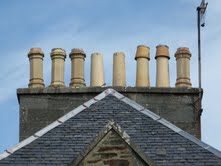 If the sun had come out before we left we would have stayed for the day, but dry clothes in my car at Kennacraig and a Cal Mac breakfast drew us to the 9.45am ferry and home.
The sun came out half way across the water and a seal popped up to say good-bye.

Conclusion.
We love it, you would not believe the views and who has a view with seals and otters at the bottom of their garden? Would you come on holiday there? 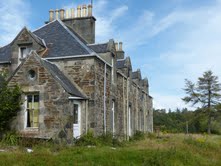 A massive lot of work, but not impossible, we have a great team.
Well if we sell our house by Wednesday, we can bid on Thursday and even then with a sealed bid someone else may well get it! Watch this space!

I do believe that if it is meant to be we'll get it, if not then there must be something even better round the next corner. If you don't try, then you will never get anything you wish for! The Dower House is made for people to realise that life is not all about money and power, it is much simpler than that!