Walking in the Rain

So Nick and I arrived home on Tuesday having travelled all night from Poole, Dorset, a little worse for wear, but glad to be back. The week before we had seen some of the downsides of living on an island... We were booked on the 7am ferry, which was cancelled as we found out on Tuesday at 12.30. By 3.30, with the help of my cousin Ben (internet was down) we had cancelled the train from Glasgow and changed the bus to Glasgow and were on the ferry bound for Cambridge.

We had a couple of days learning how to use a chainsaw on Tuesday and Wednesday, which I'm sure someone will write about later. I just wanted to post a few photos of both the dogs first walk up the fairy hill. In the rain, naturally... 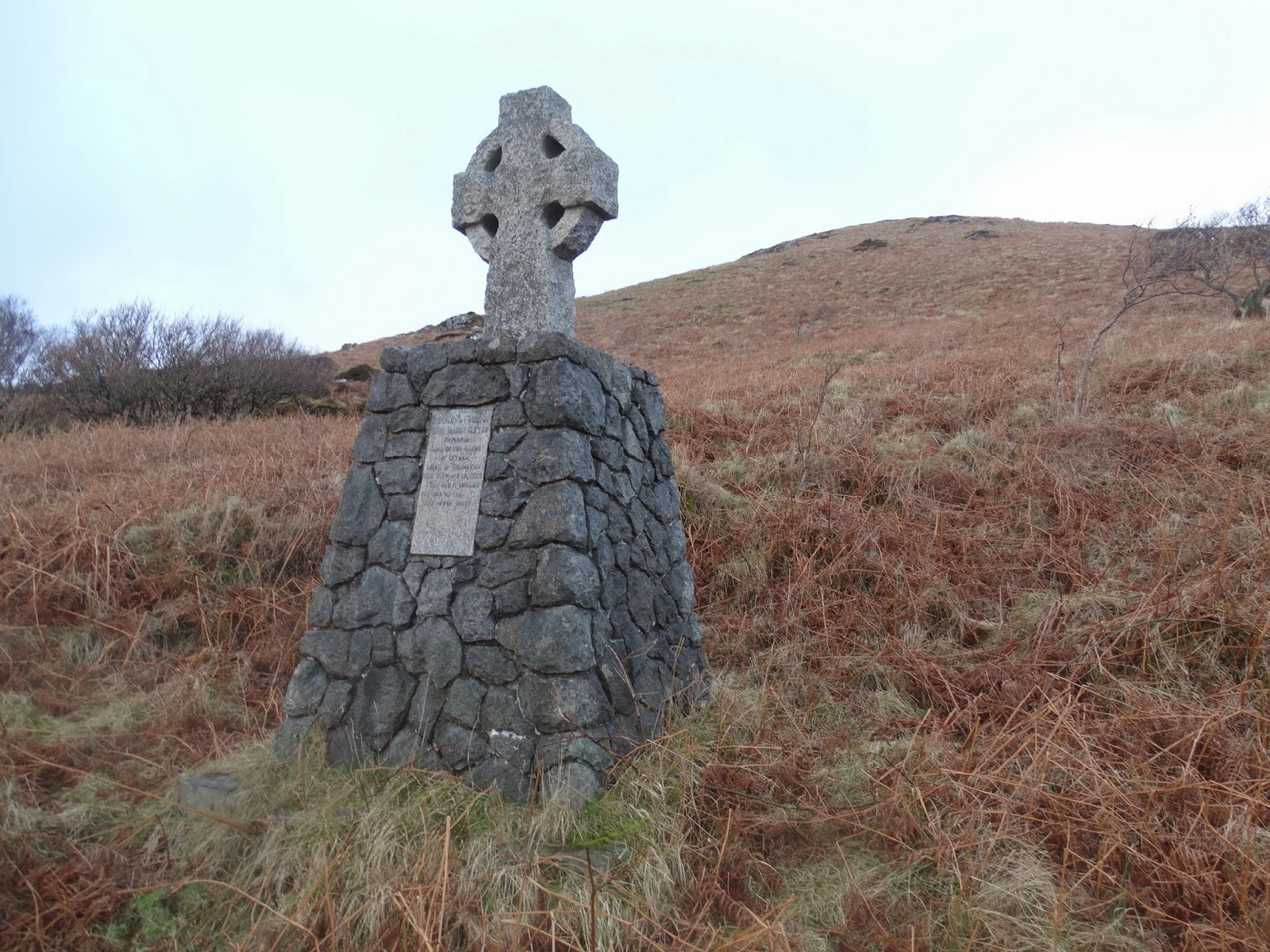 This cross marks the grave of John Talbot Clifton, the laird of the Kildalton estate, it can be found about halfway up the fairy hill. (Cnoc Rhoanastil) There are a number of different stories claiming different reasons for this burial sight. One is that he intended to be buried at the very top of the hill, so that he could keep watch on his lands. Another, which I prefer, is that he was buried in that particular spot as it allows him to see through the second upstairs window on the right of the Dower House when looking from the road, as this was his wife's-Violet's- room and he would be able to keep an eye on her. If this was the case though, it backfired rather, as shortly after his death she relocated to St Annes. 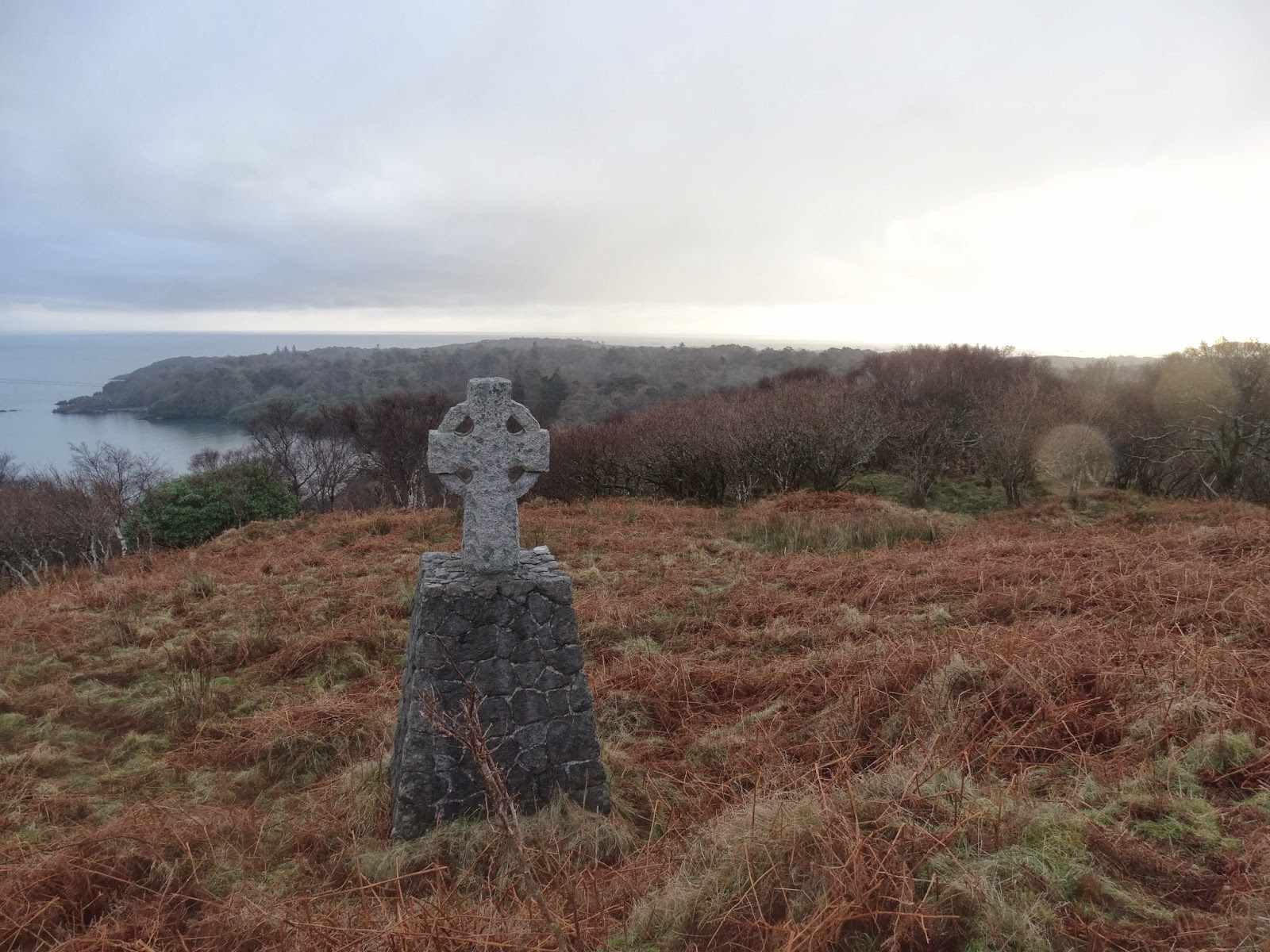 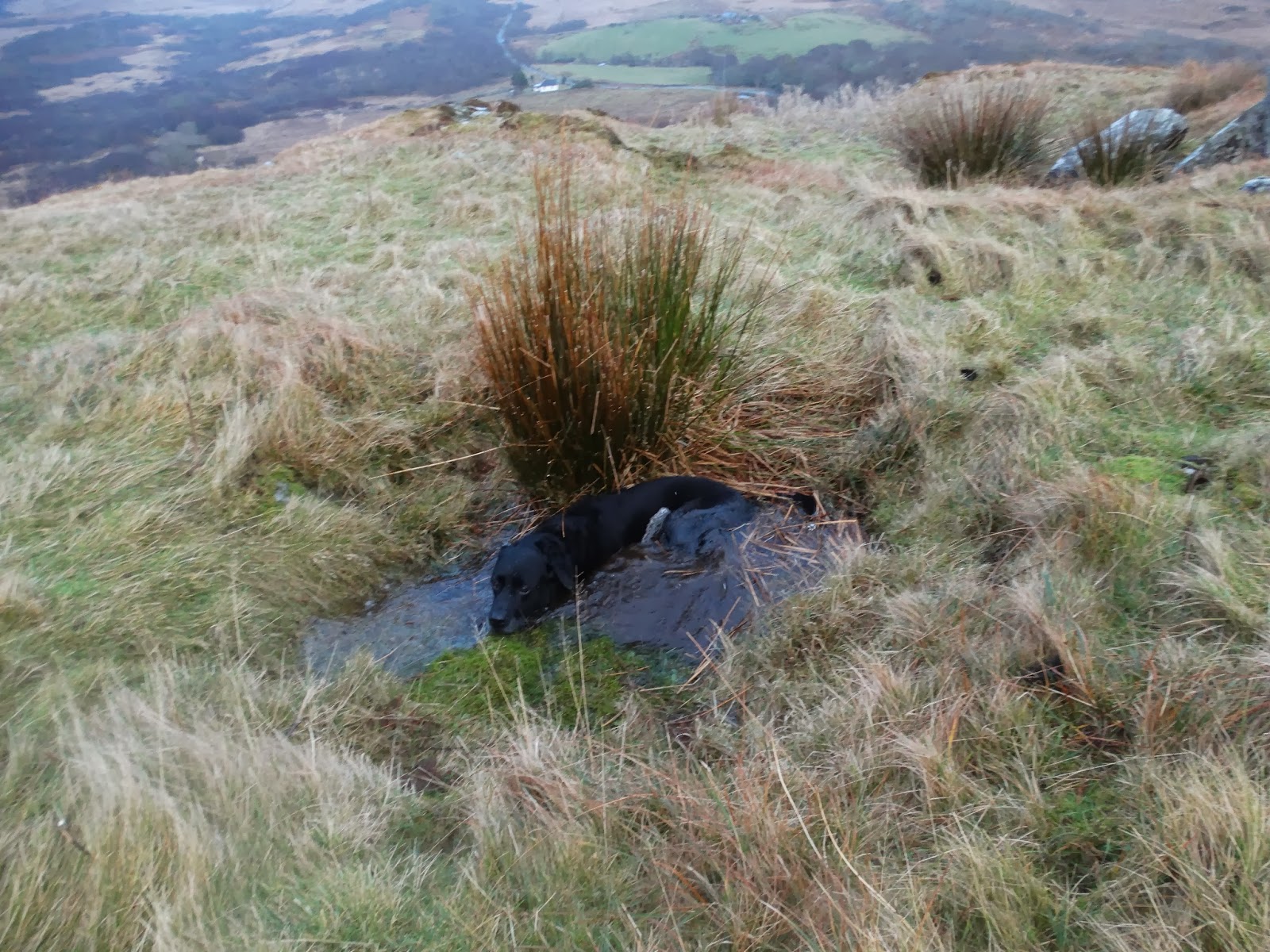 All that climbing proved a little too much for Isla, as she threw herself into the nearest puddle as soon as we got to the top! 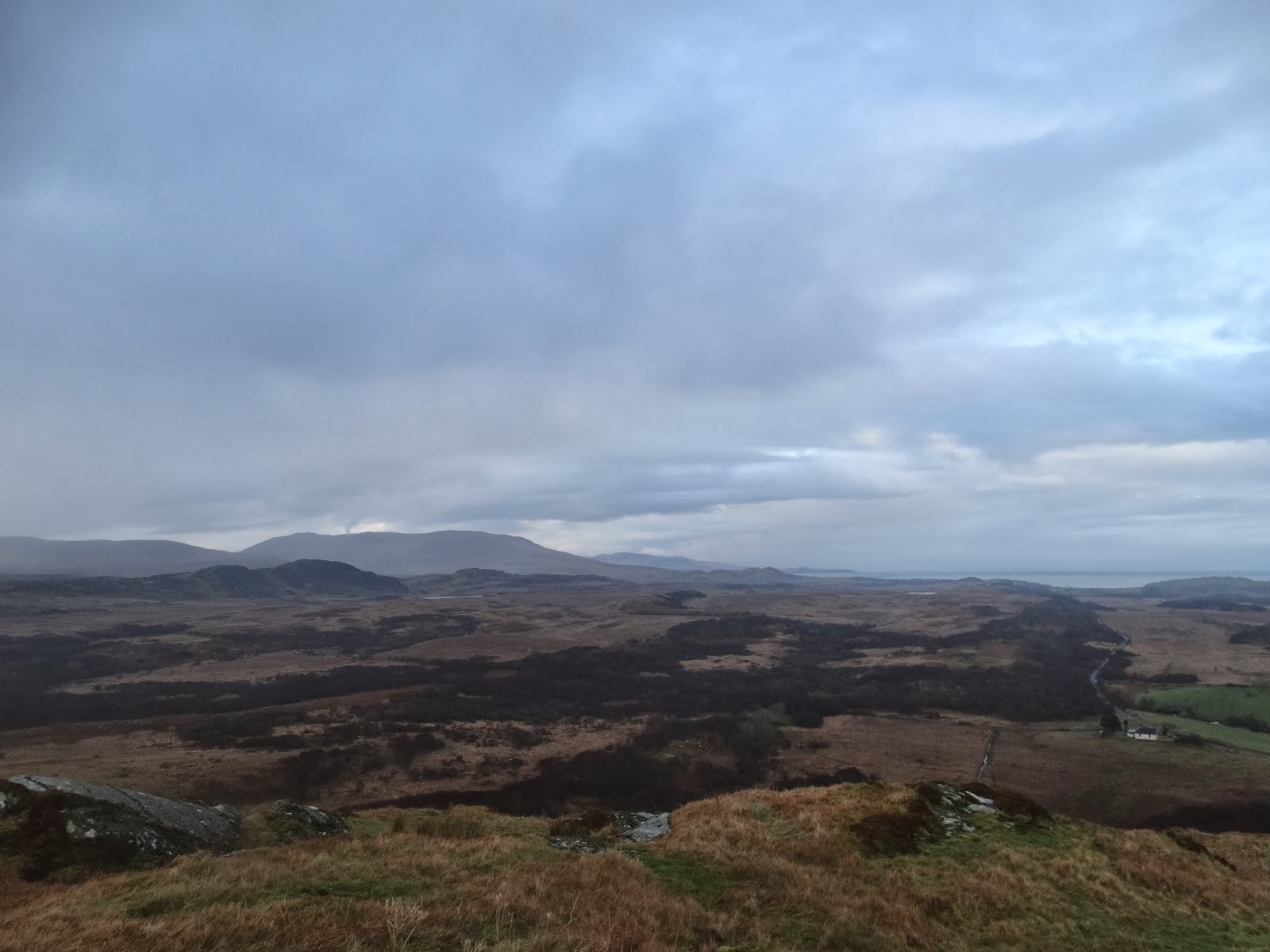 Looking towards Beinn Bheiger, one of the seven Marilyn hills on Islay. 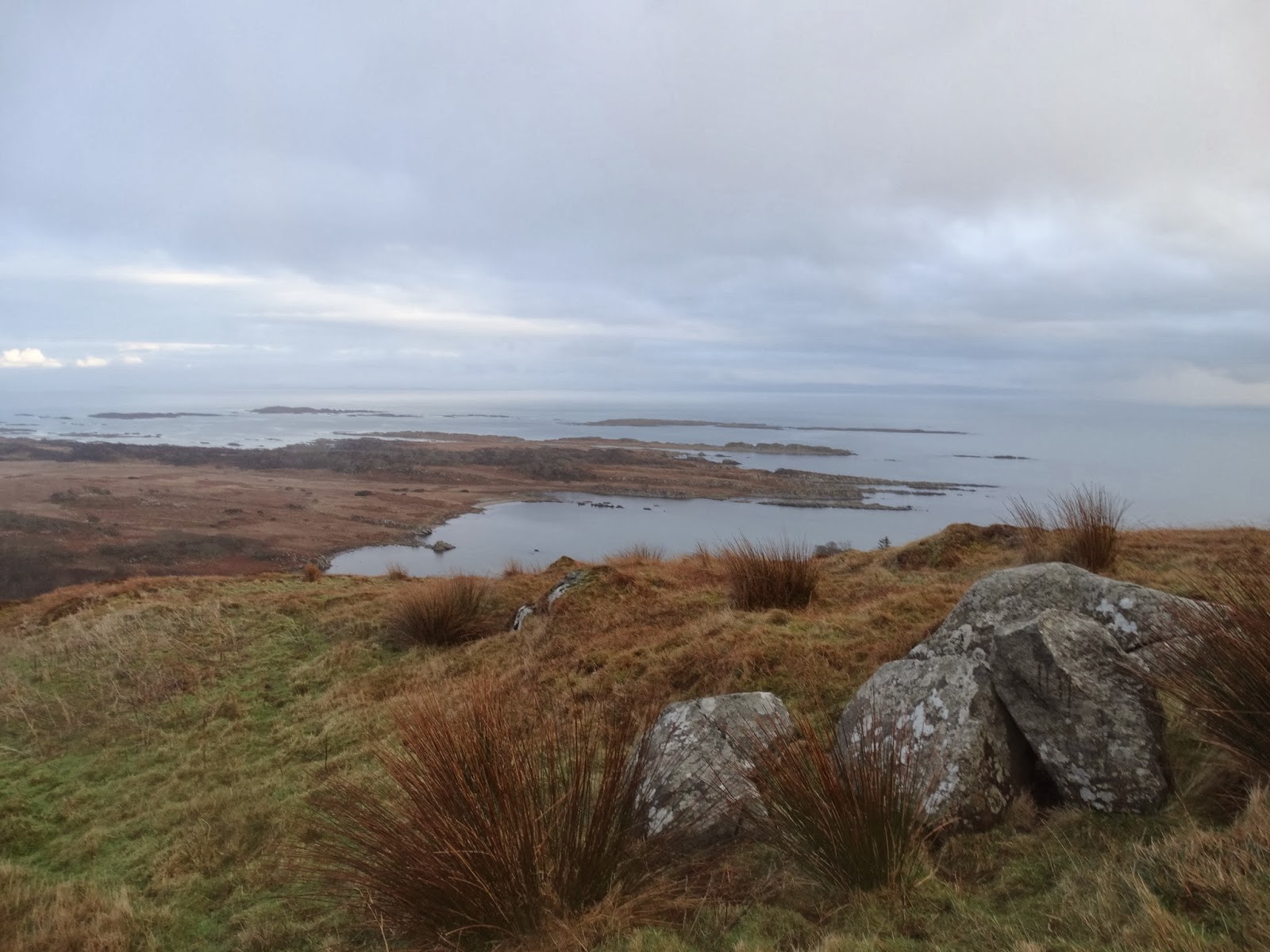 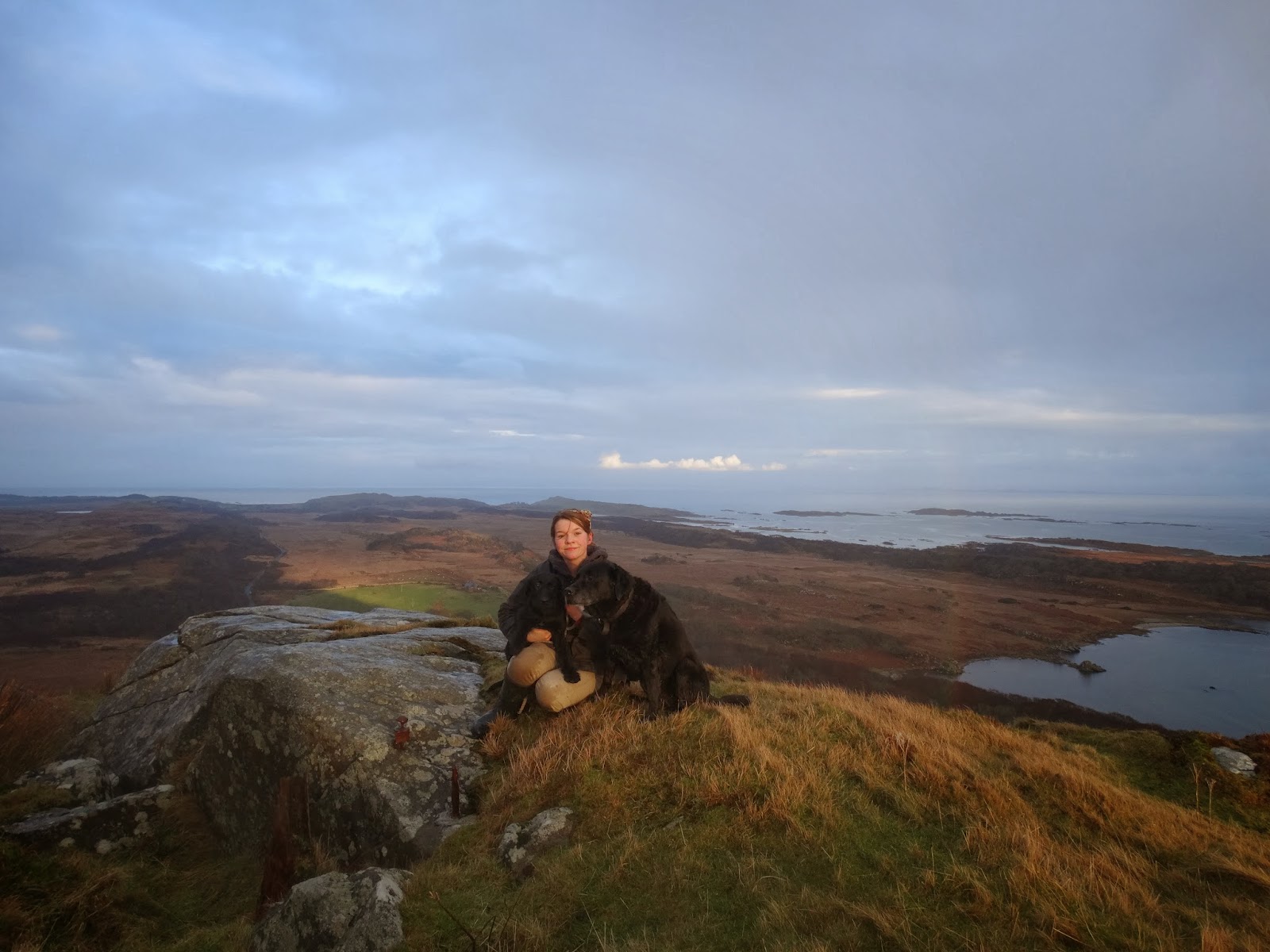 Group photo at the top! Cassie managed to look at the camera, even if Isla didn't. This took three attempts as Cassie and I didn't make it back before the self timer went off the first couple of times. 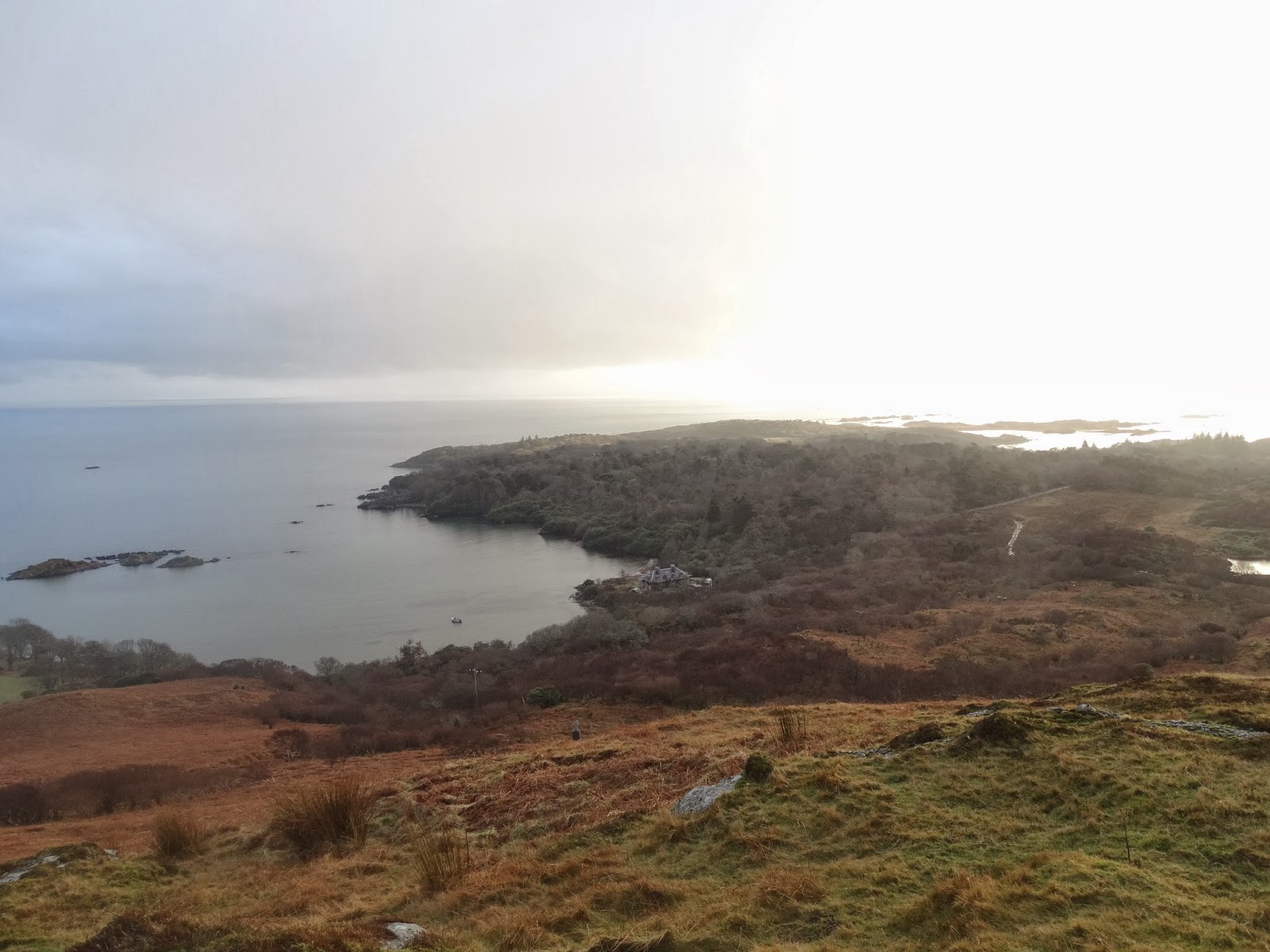 If you look closely you can see the house in this one. 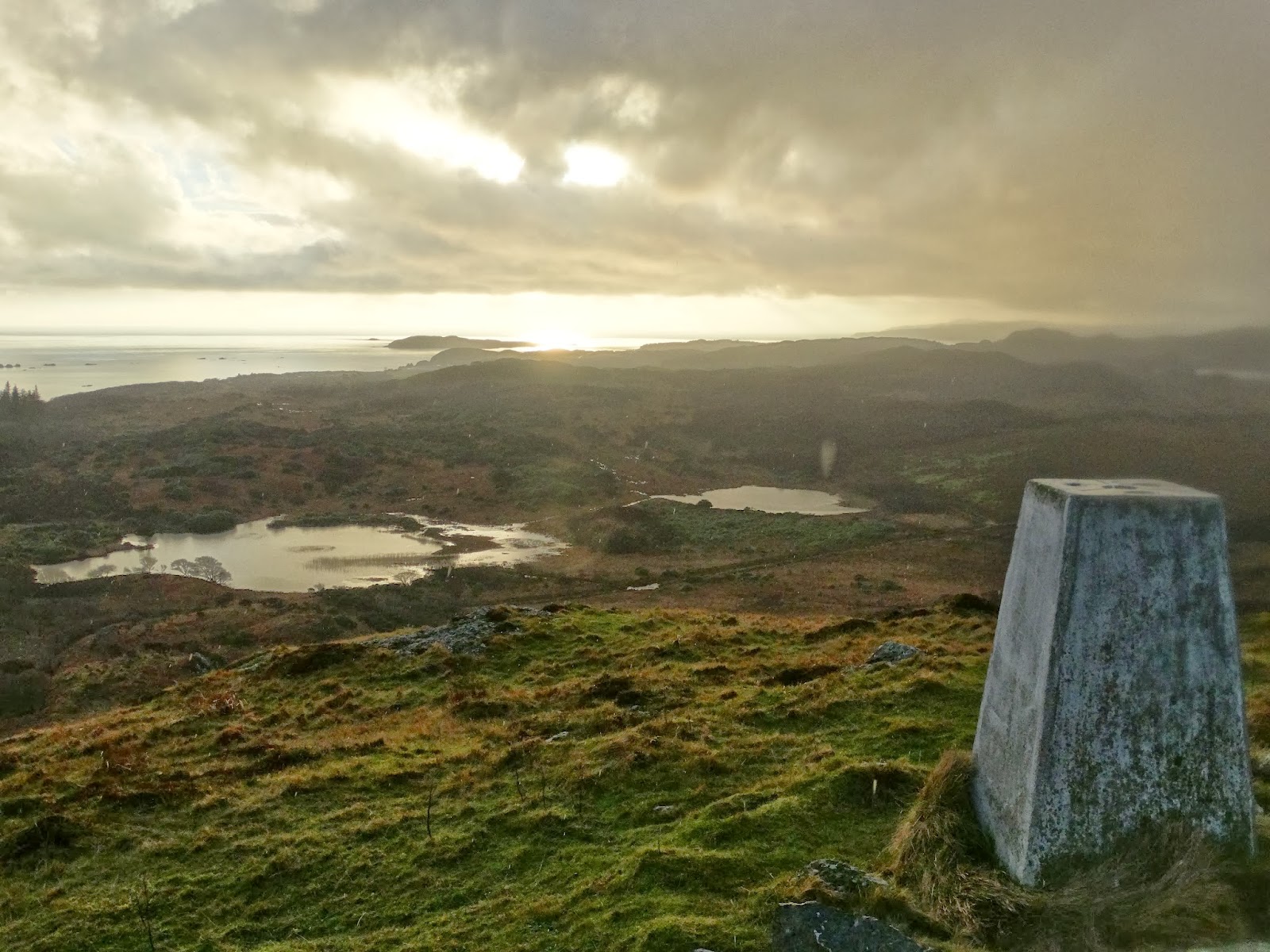 Looking towards the village. 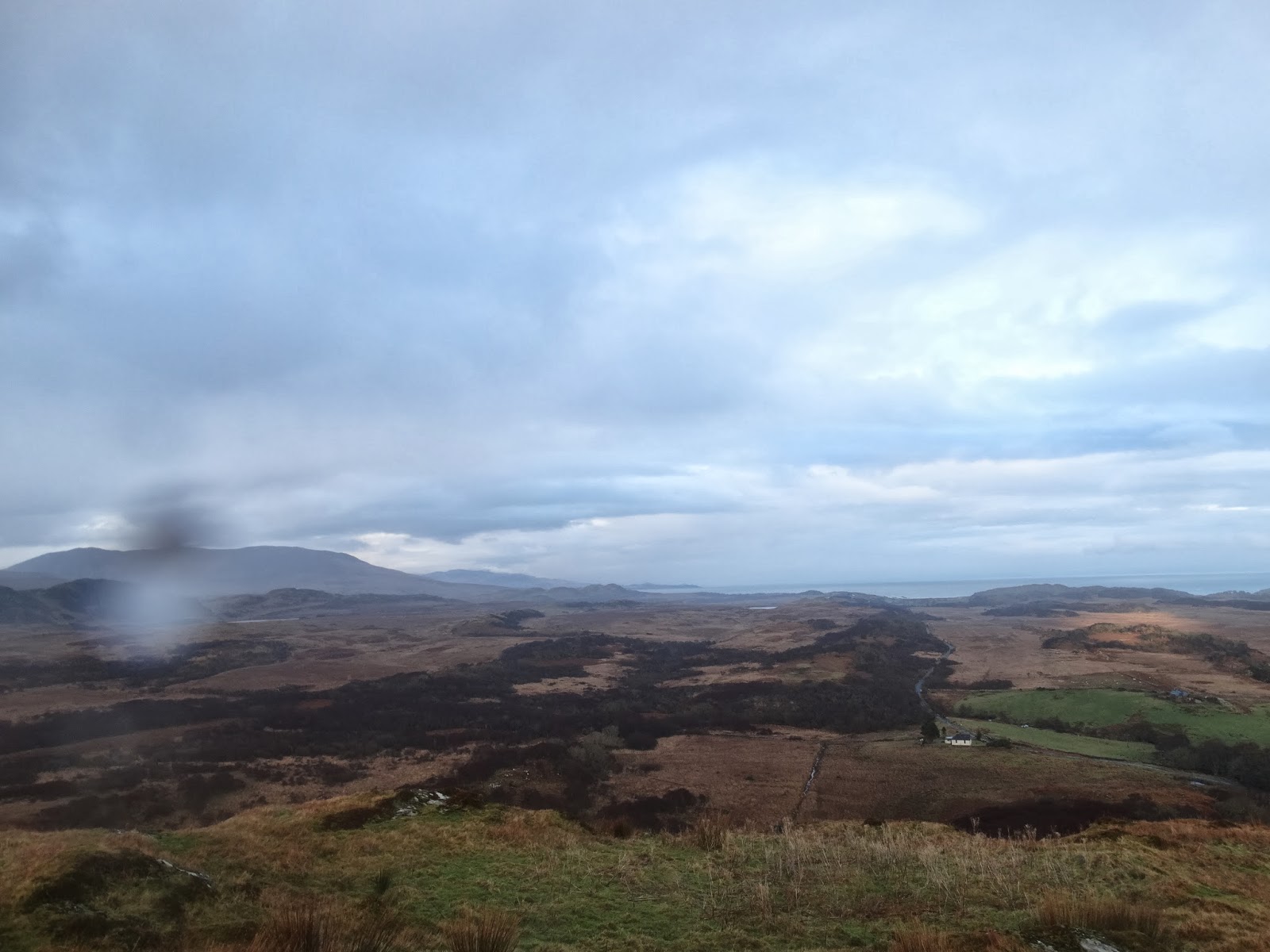 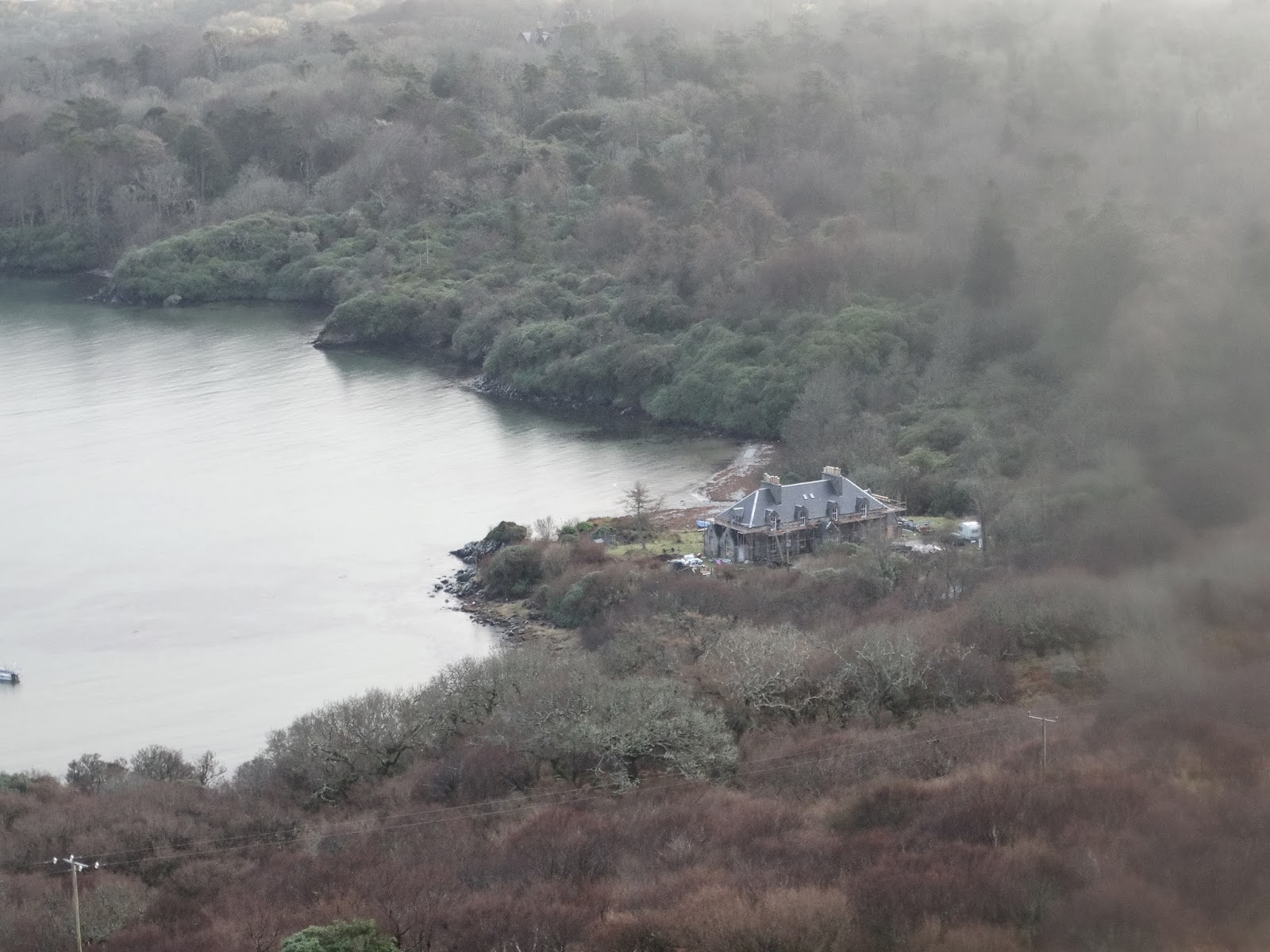 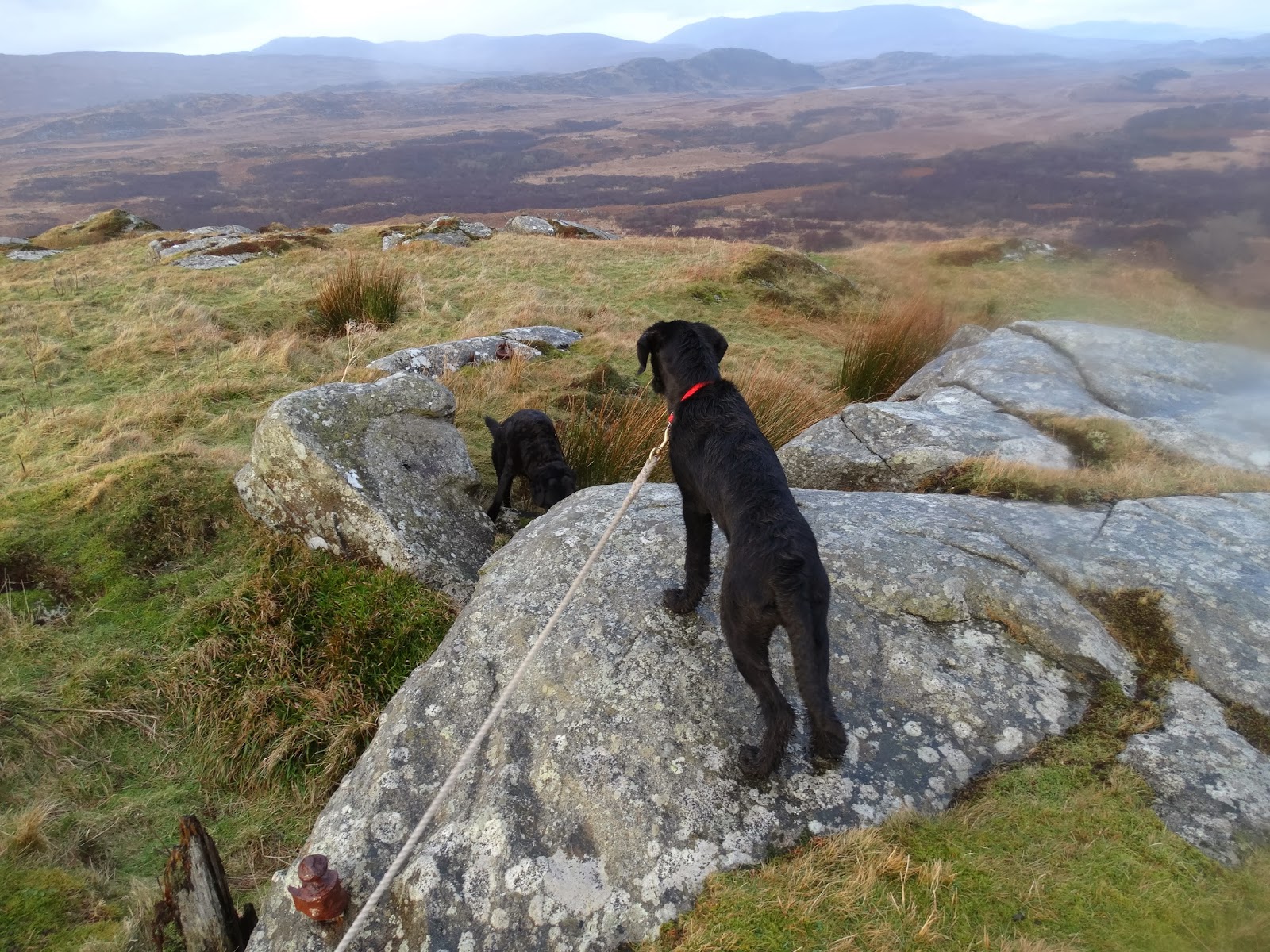 Cassie was not pleased to be on the lead and unable to follow Isla. 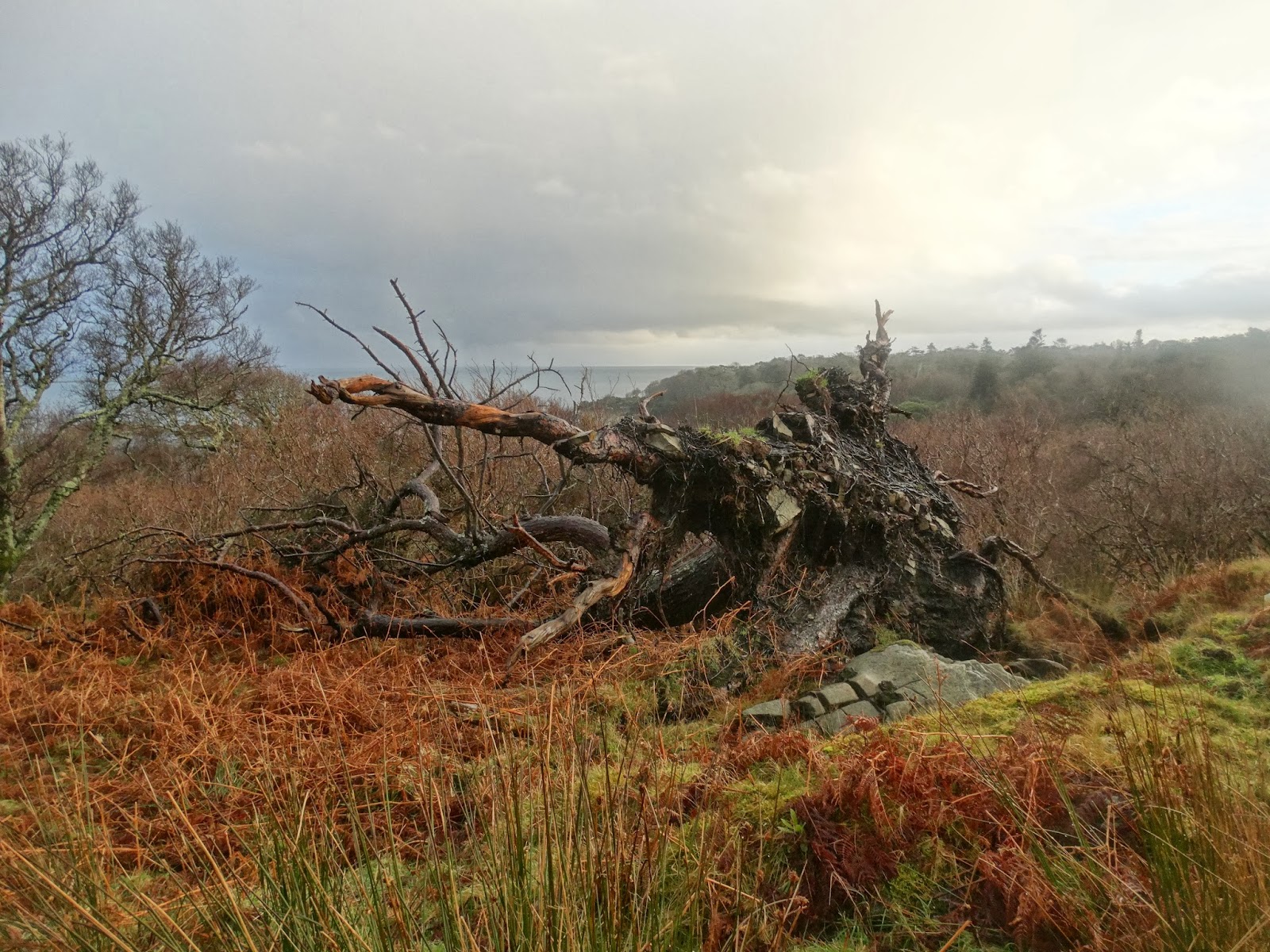 A little more of the storm damage.. 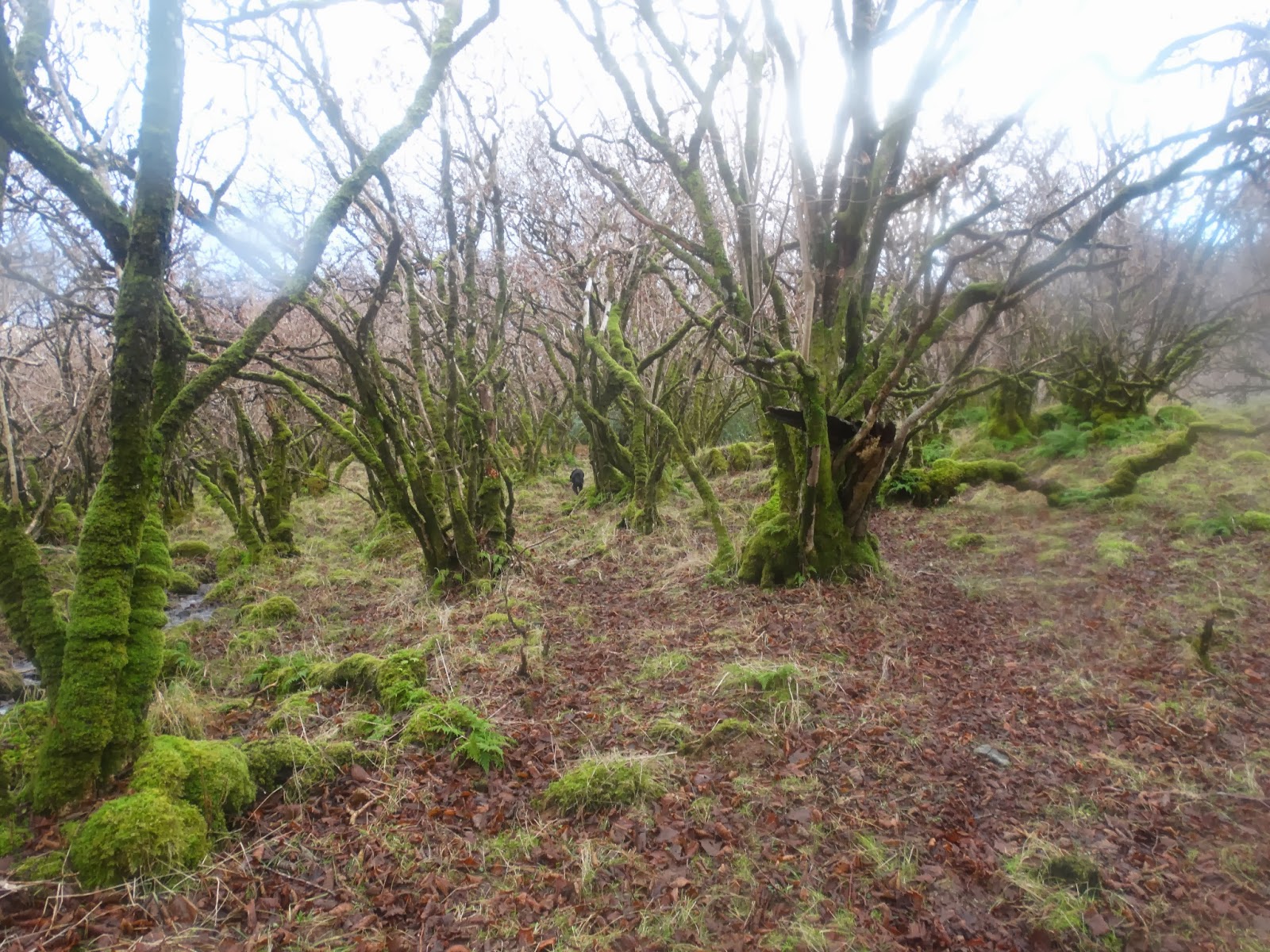 I should really be able to find my way back to the house by now, but I still get lost in the trees more often than not! 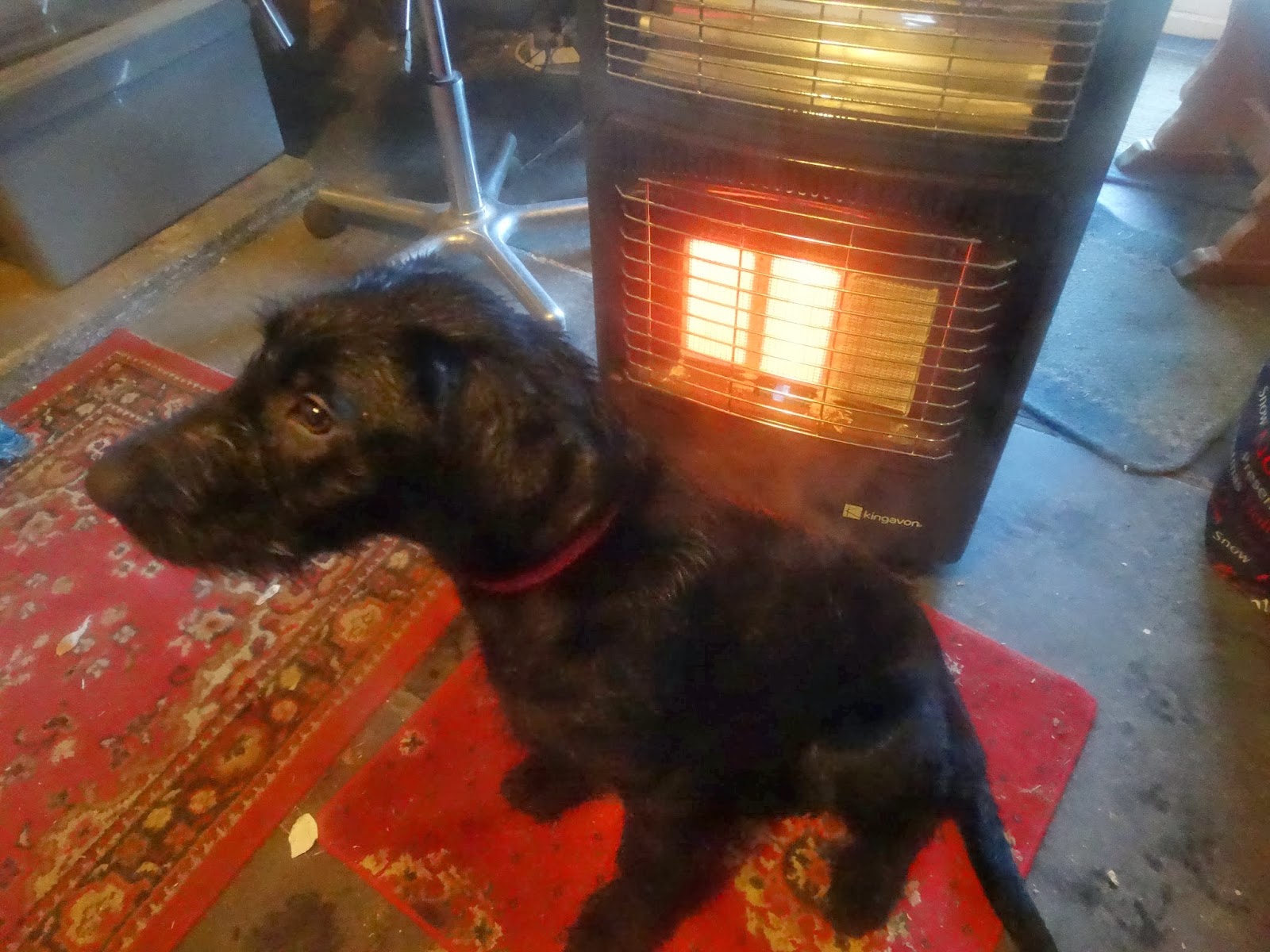 Cassie steaming in front of the gas fire.

We started work on the house again yesterday after a slightly extended Christmas break, so before long we should hopefully be able to see some more progress!