"Sleeping with a rat?" 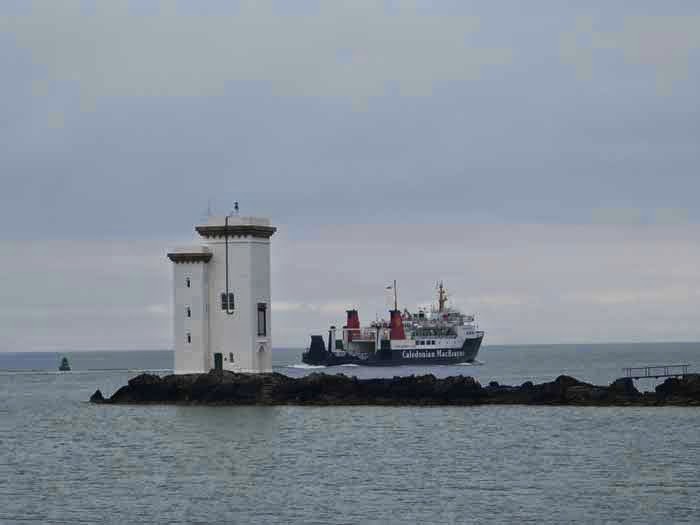 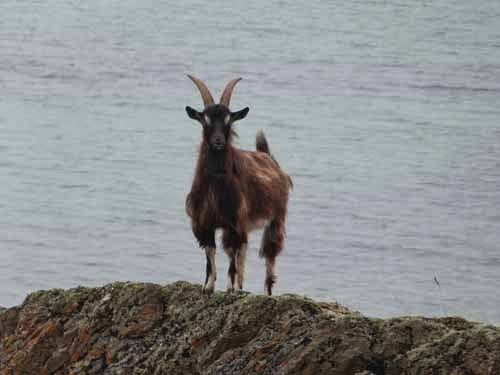 Back at the Dower House all was beautifully quiet. 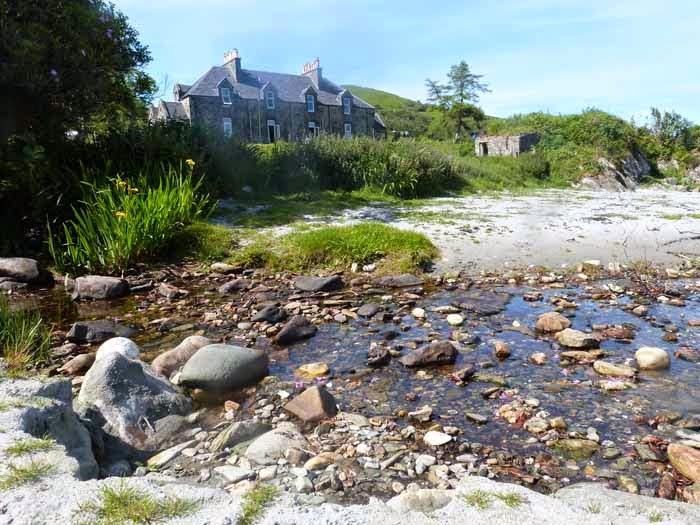 I mowed the lawn...having worked out how to make it move, at least I didn't have the same problem as Jenny, she couldn't stop it! 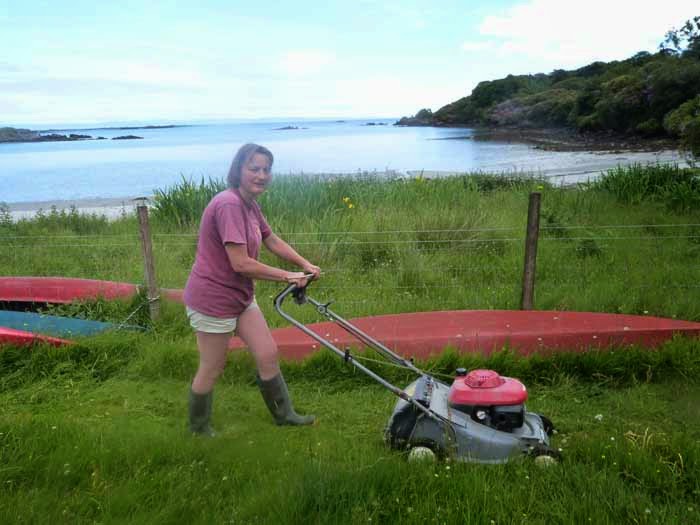 Lunchtime was peaceful and so quiet a roe deer walked across the beach in front of us without Cassie noticing. 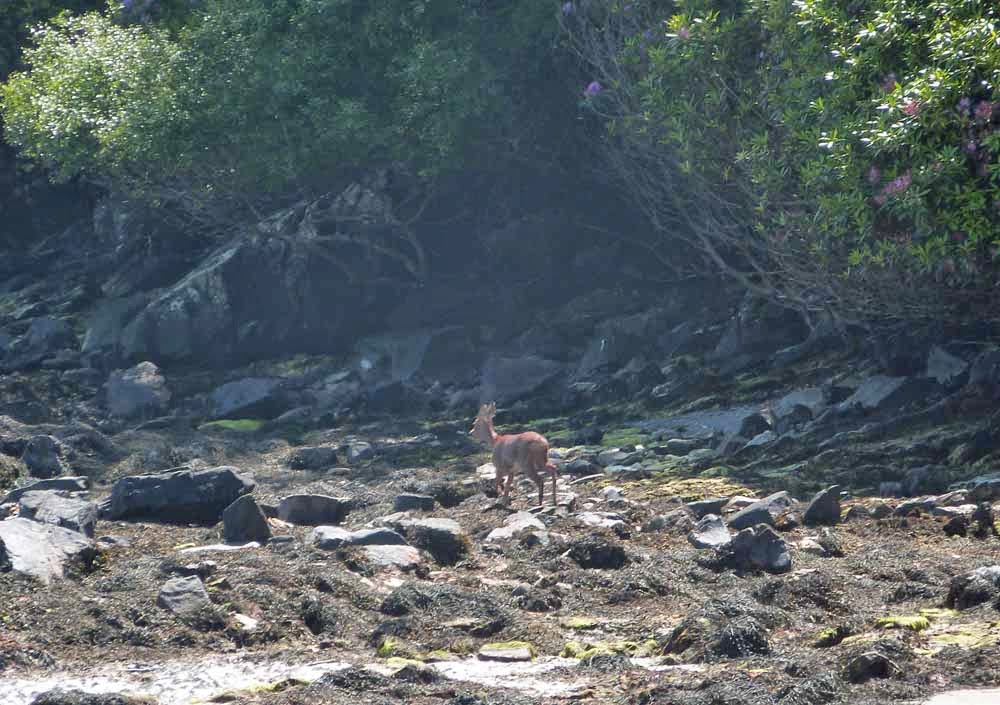 The foxgloves are prolific this year. 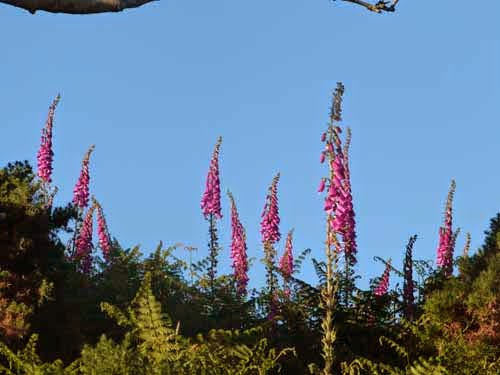 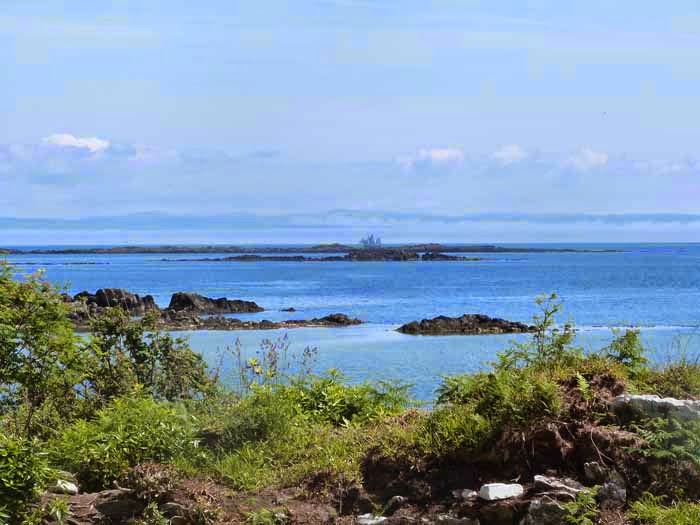 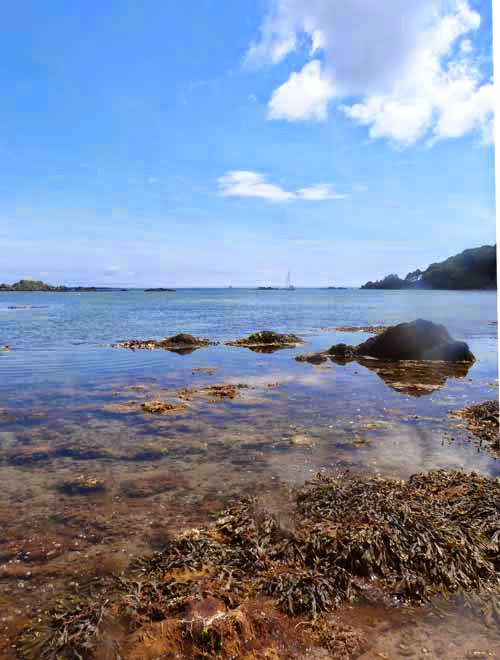 Washing dries in the hot sun 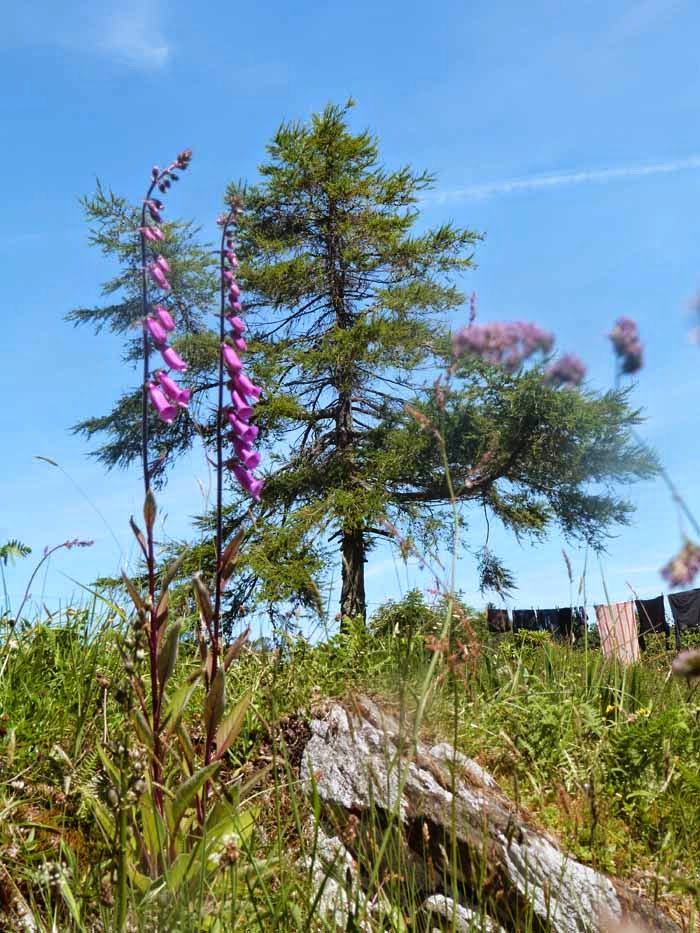 In the garden a few butterflies are caught on camera...
Ok so I did chase them a bit! 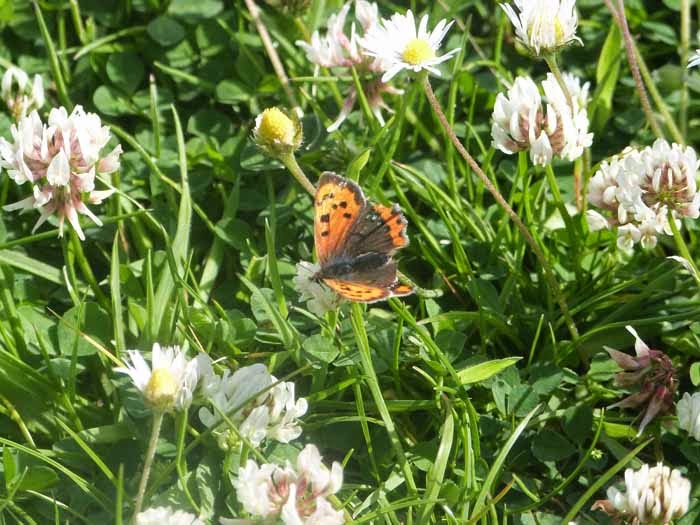 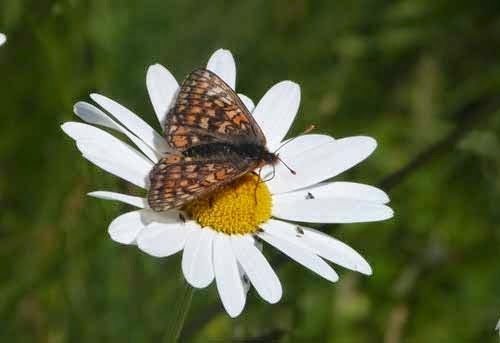 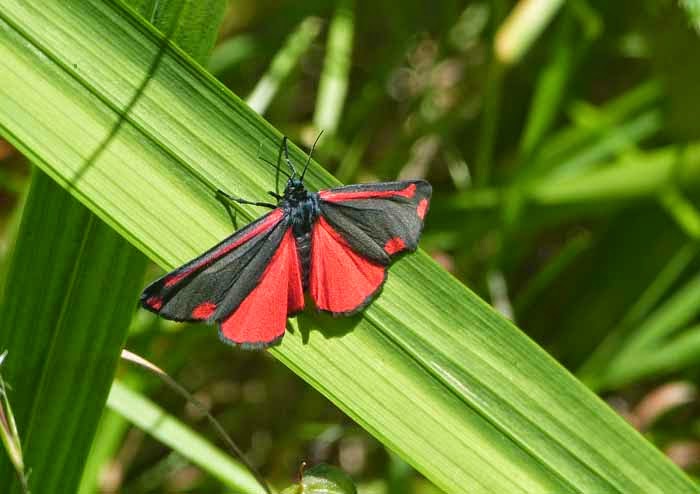 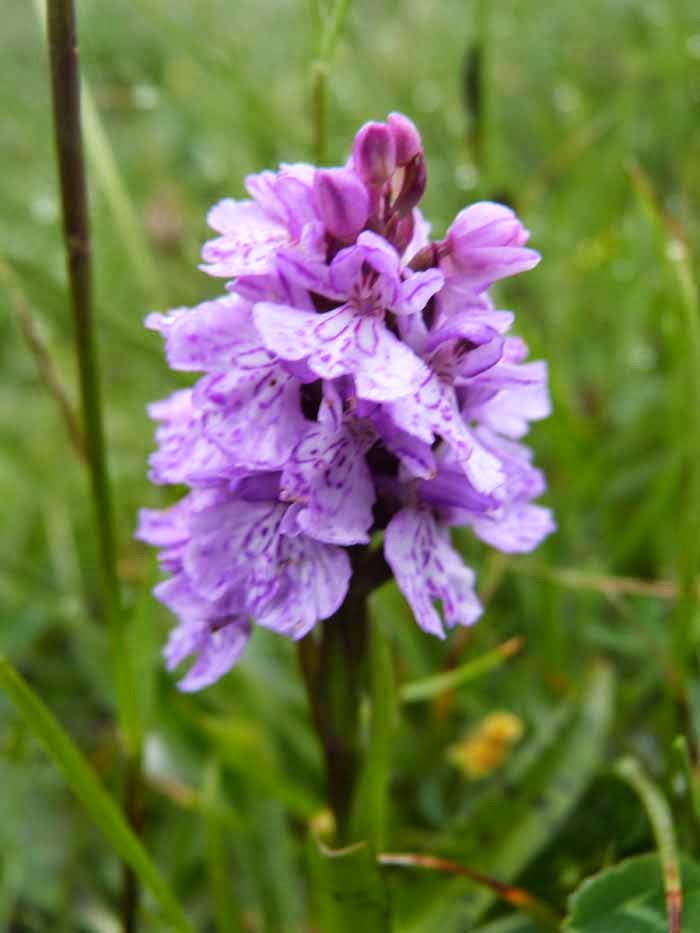 Orchid at the bottom of the Fairy hill...more orchids later! 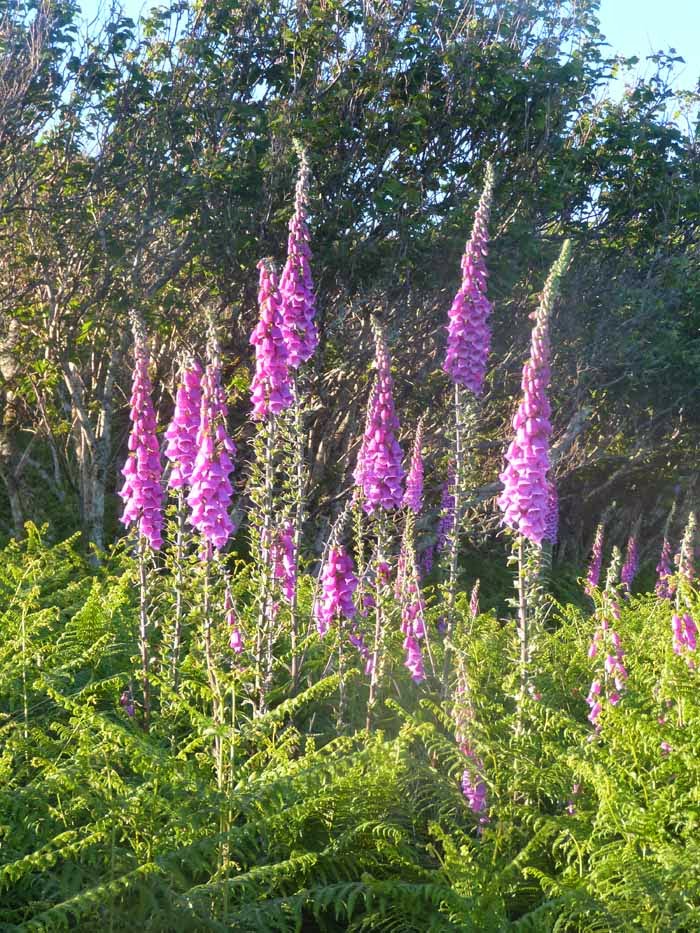 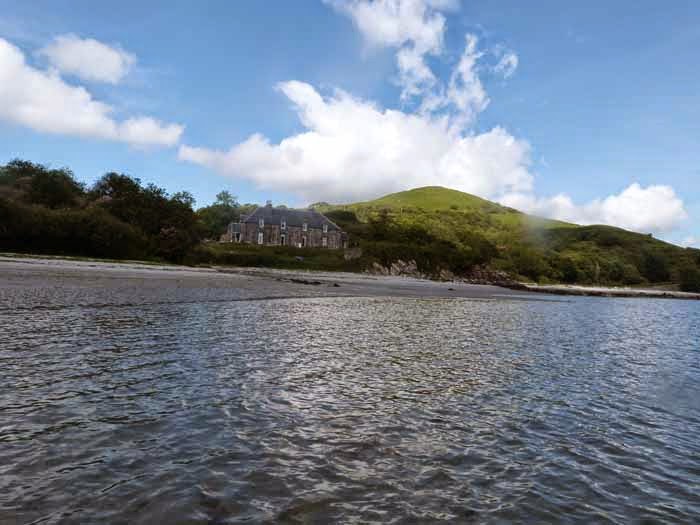 Sun shine on the Fairy Hill on Mid summers day. 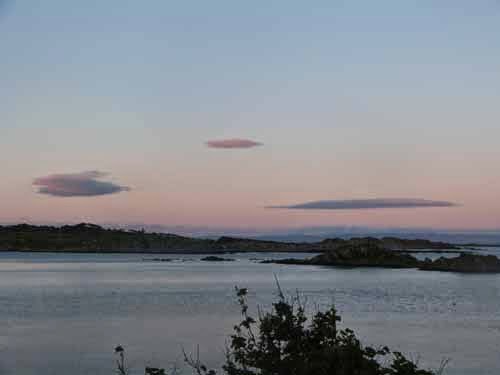 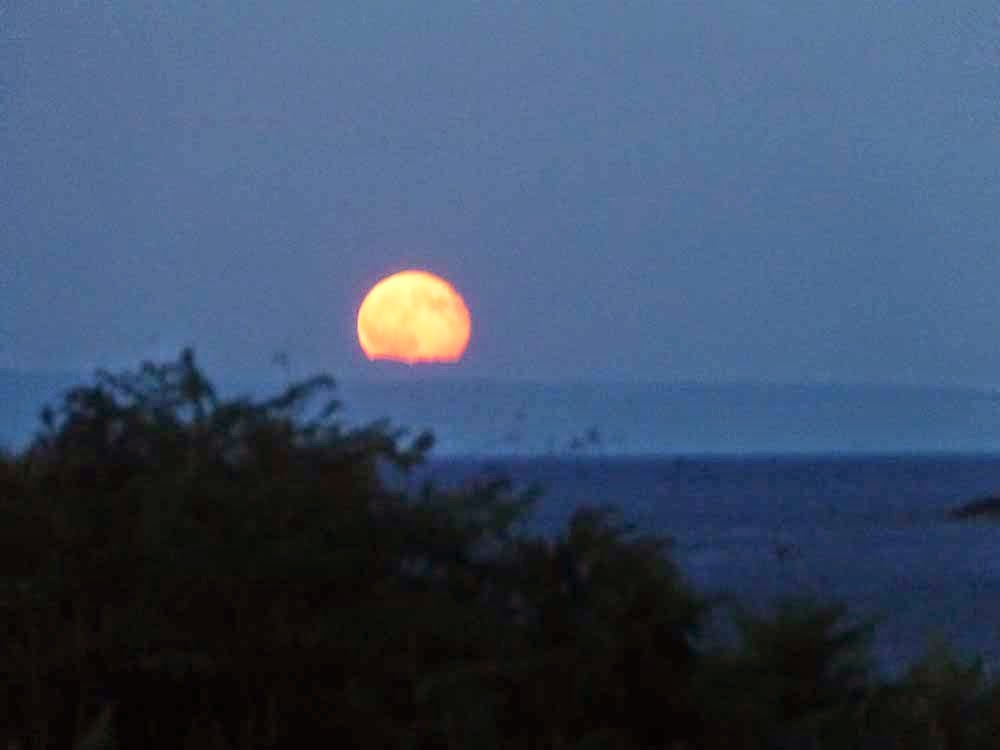 and a full moon rises
(the full moon was a few days earlier, just in case you were about to correct me!) 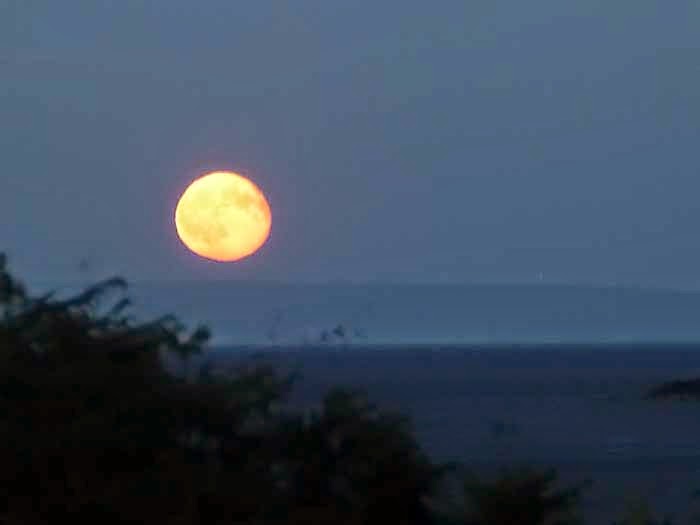 Meanwhile, inside the Dower House Nick has been working
on the hearths and has concreted 2 of them.
I have used the Titan to dig out the old mortar ready for pointing...if I'm allowed to keep the stone exposed. 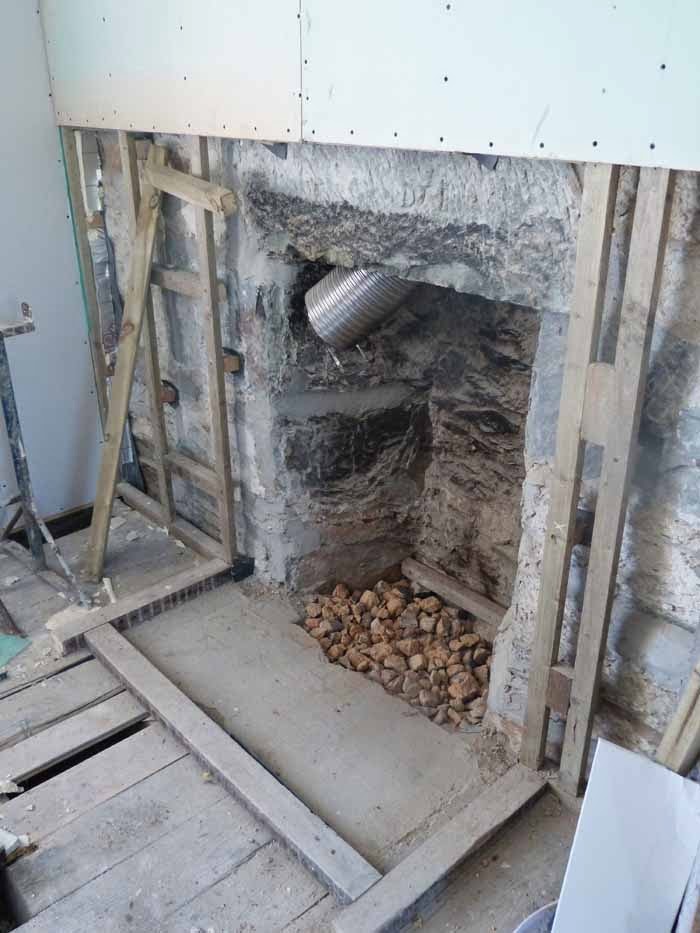 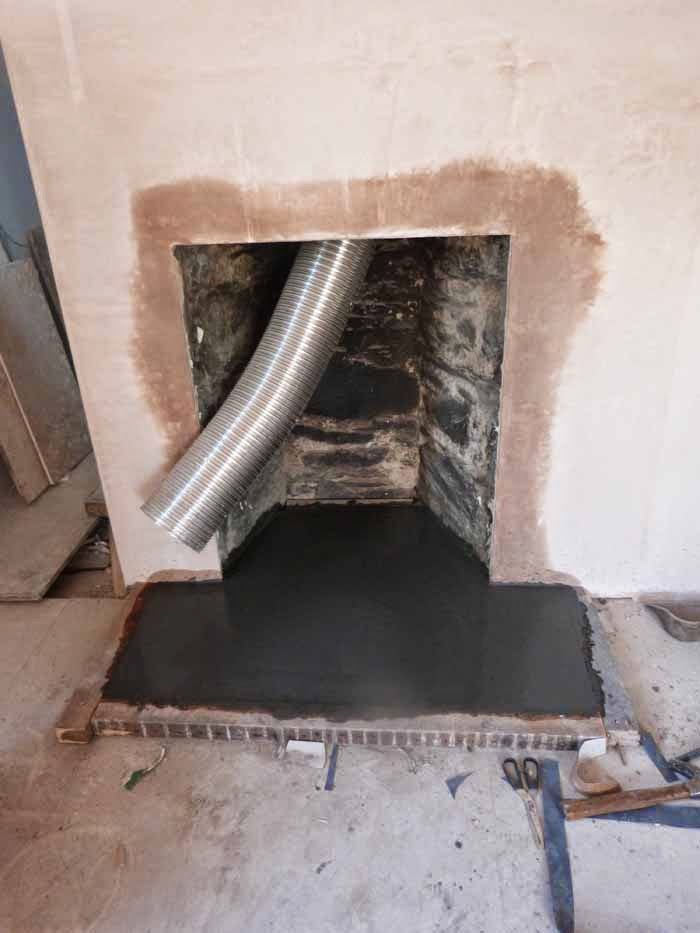 This was all last week and over the weekend we had some time off!
On Friday night we had Fish and chips and our usual bath at Topsy's, then went to Yvonne's leaving party. Yvonne is one of Rodericks wonderful carers and my first Reiki client. She's leaving to take over the running of the "Ardview" in Port Ellen with her family.  We had a brilliant night with lots of new friends.

Saturday we joined about 60 - 70 people for the star light walk from Claggain to Port Ellen (10 miles), raising money for cancer, but we stopped at the Dower House, half way as we were shattered from working until 6pm. Cassie loved the walk and pulled us all the way home. Islay is staying with Topsy for a while.

"Would you sleep with a rat?"

Back to the rat and yes it was definitely a rat in the house. I had 2 sleepless nights as it clambered up the wall next to my bed and ran around like an elephant above, between the floorboards and ceiling. Nick only woke when I screamed when it came in the bedroom and then told me to stop making a fuss it was only a mouse. It could be that he has slight hearing loss!
It had peanuts in the kitchen, crisps in the bedroom and in the end we had to poison it, as we had tried everything else. We found the poison when Nick put another sink in the kitchen, but they had taken a lot, so he blocked all holes up. That's when it came back to the bedroom...so we moved to the caravan, which was a bit too cosy and the midges got in, but preferable to a rat!
The poison was not touched for 3 days in the bedroom, after the first night, so we assumed the rat was dead and gone, so we moved back in, all was quiet and as it should be.

As the moon rose over the sea we slept...

4am, I woke with a start and screamed again, part of the ceiling fell down behind our heads, all over the clean sofa and my clean clothes and stereo. We woke up coughing plaster and lime dust and just burst out laughing. Since then I seem to burst into fits of giggles at the slightest provocation.

There is more, but you'll have to wait a day or two, while I finish painting our second room, the first is a very pale yellow to reflect the sun and this one, well I haven't decided yet, it's white at the moment...

A Friend from Dorset nearly made it to see us last week, sorry you didn't Chris and Jo, but just in case any of you are close to Islay at any time and don't want to bring the car over on the ferry, give us a ring, we'll pick you up!