When the sun shines on Islay!

Sunrise 7.50am at
The Dower House 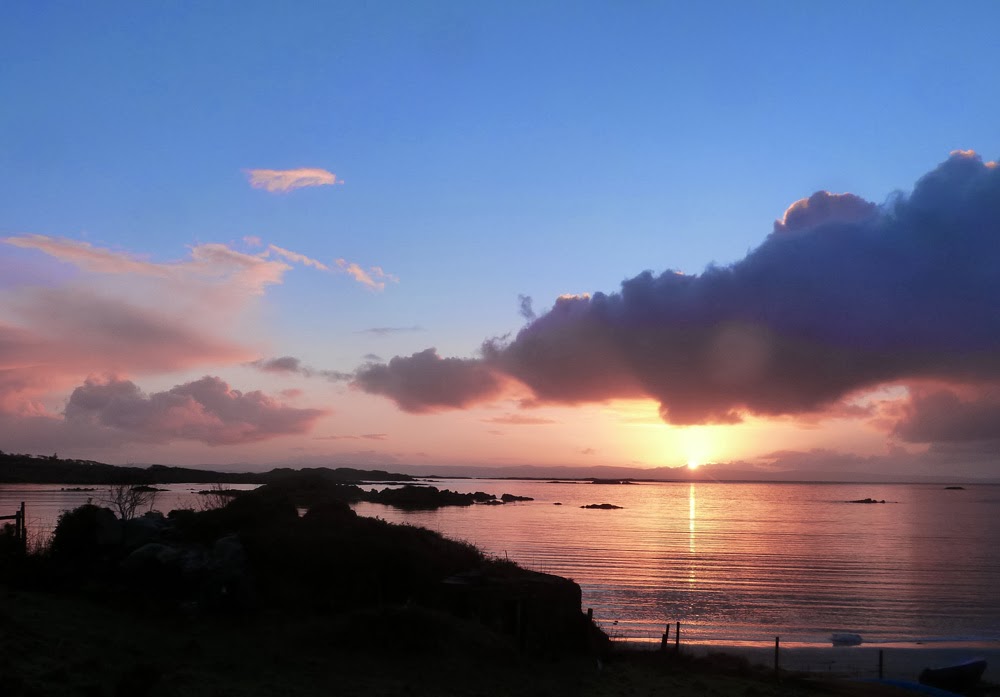 Nick always has a spade in his hand these days,
but this big plastic crate, washed up in the storms,
is still half submerged in the sand after all his efforts! 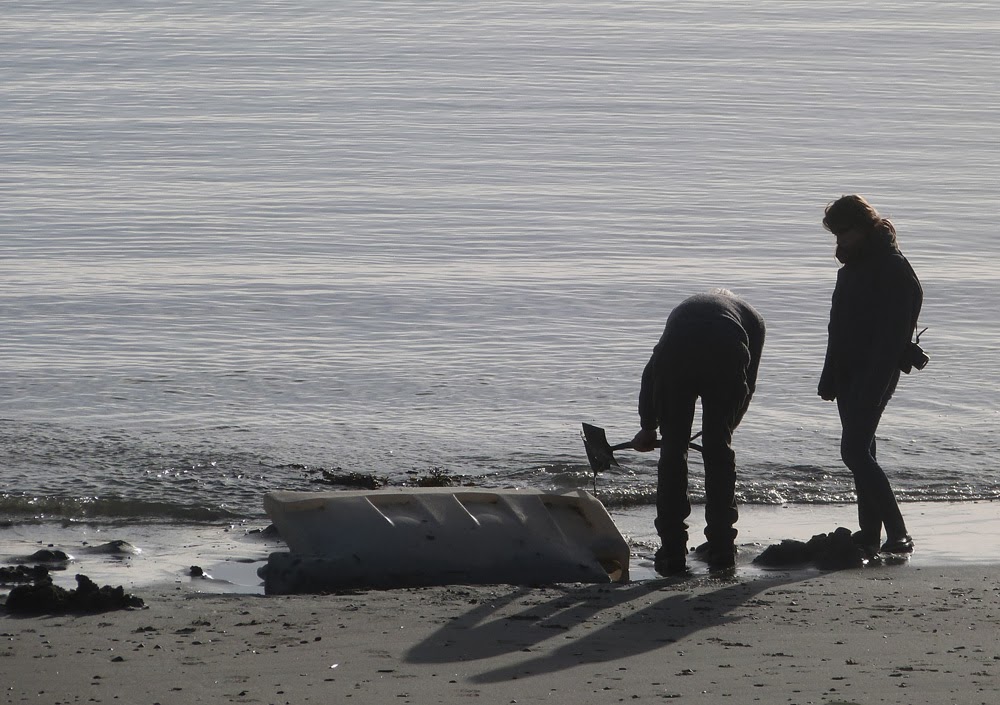 Nick, Jenny and I took a drive
past the snowy Paps of Jura.... 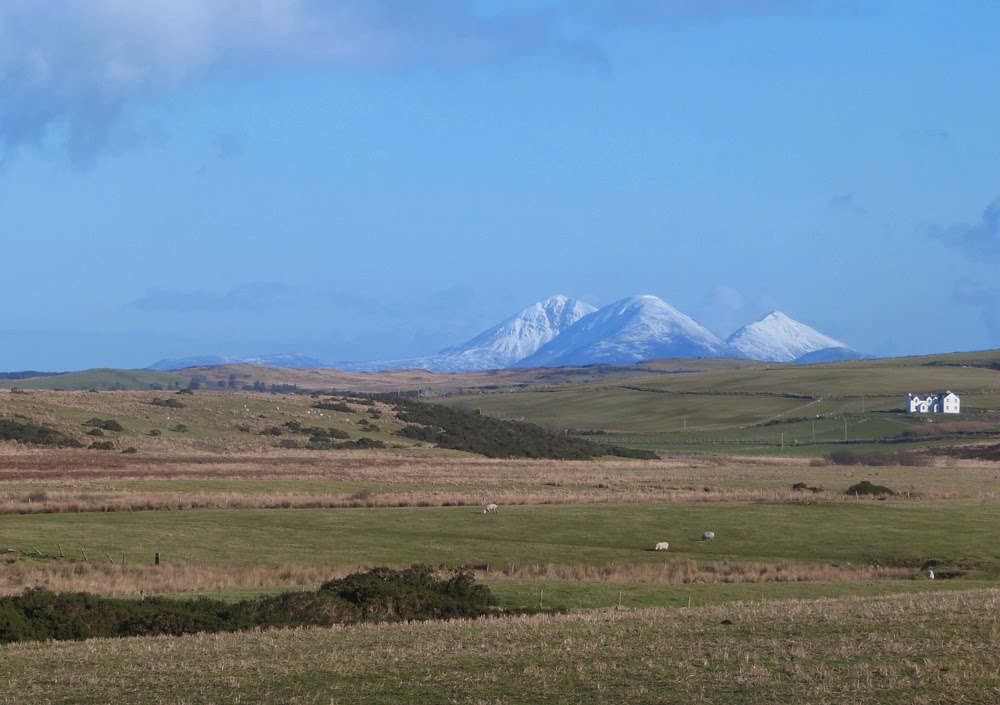 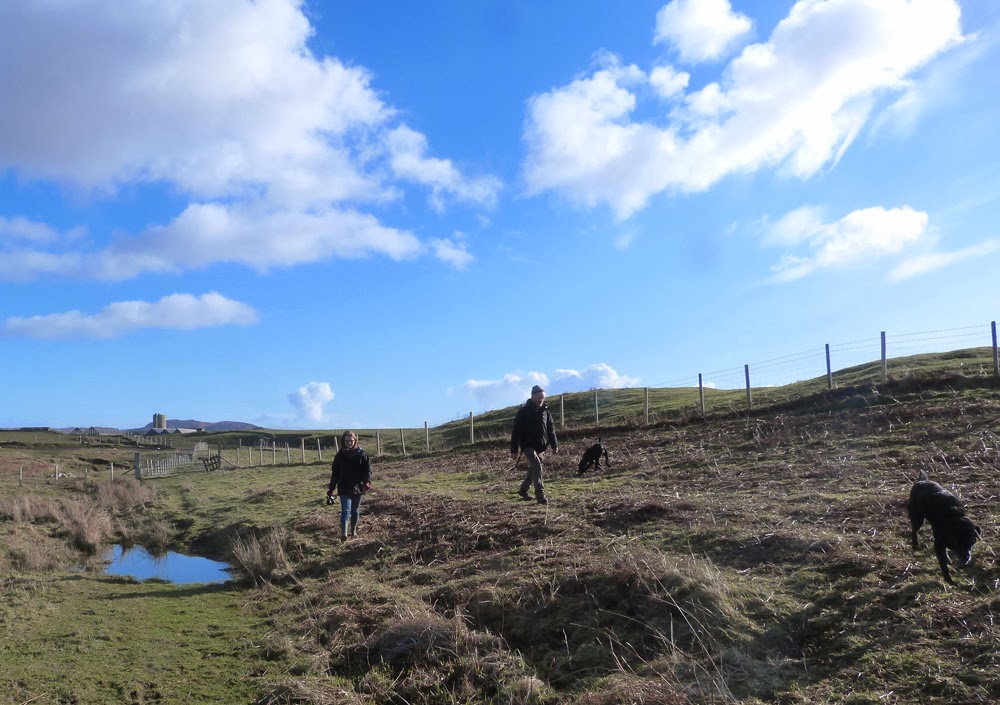 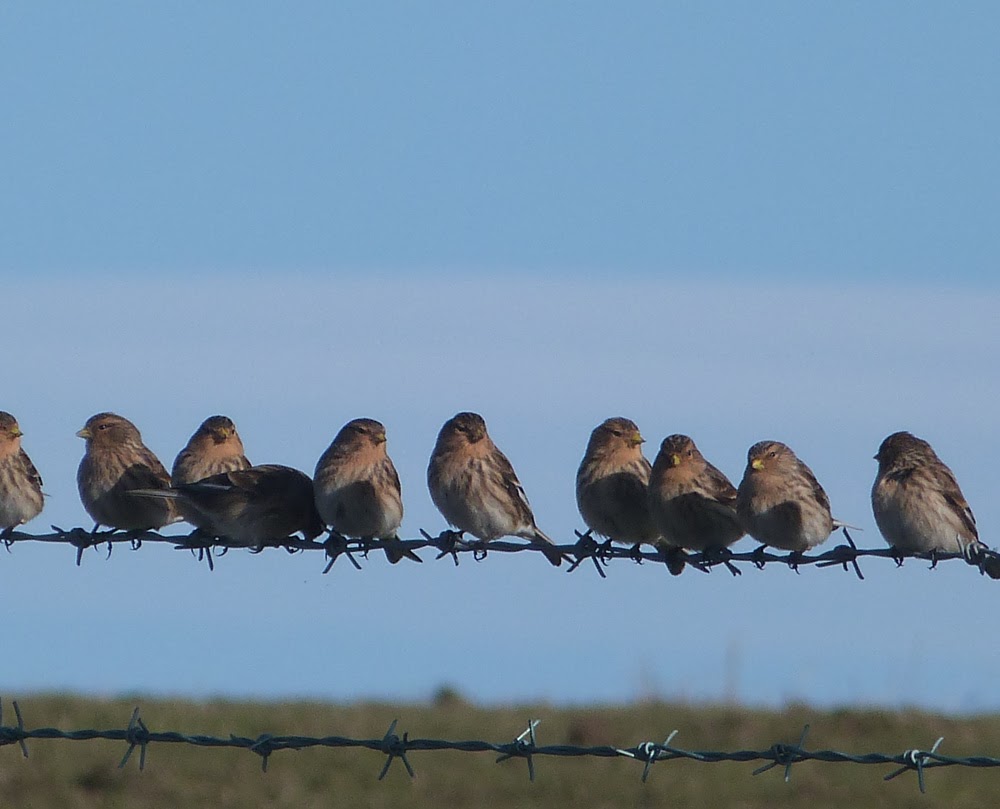 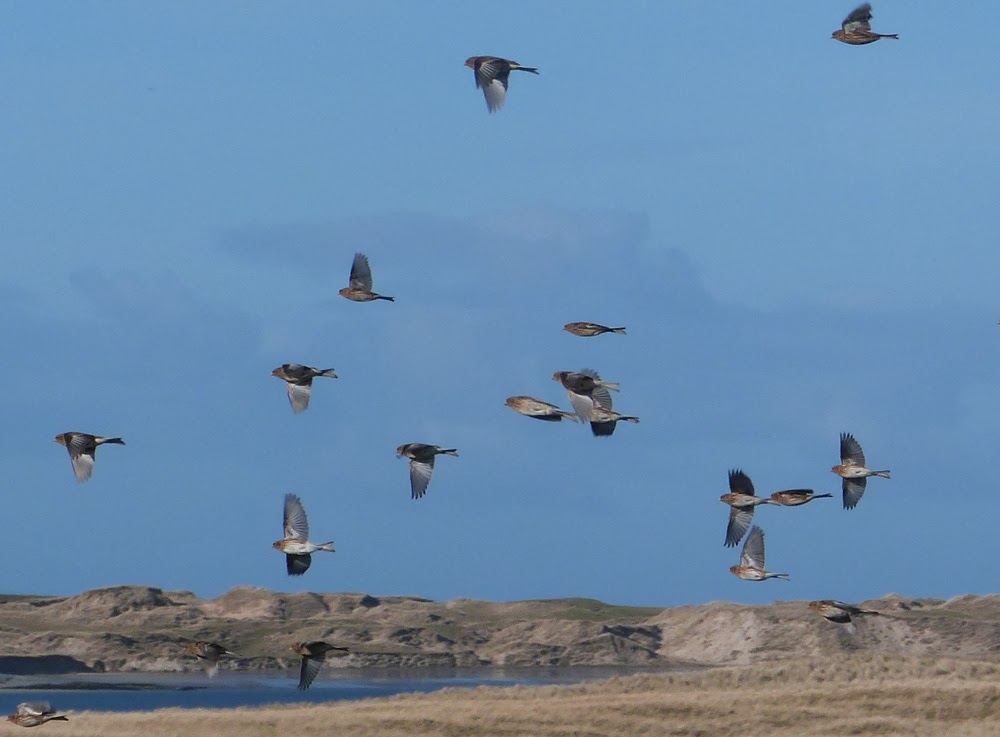 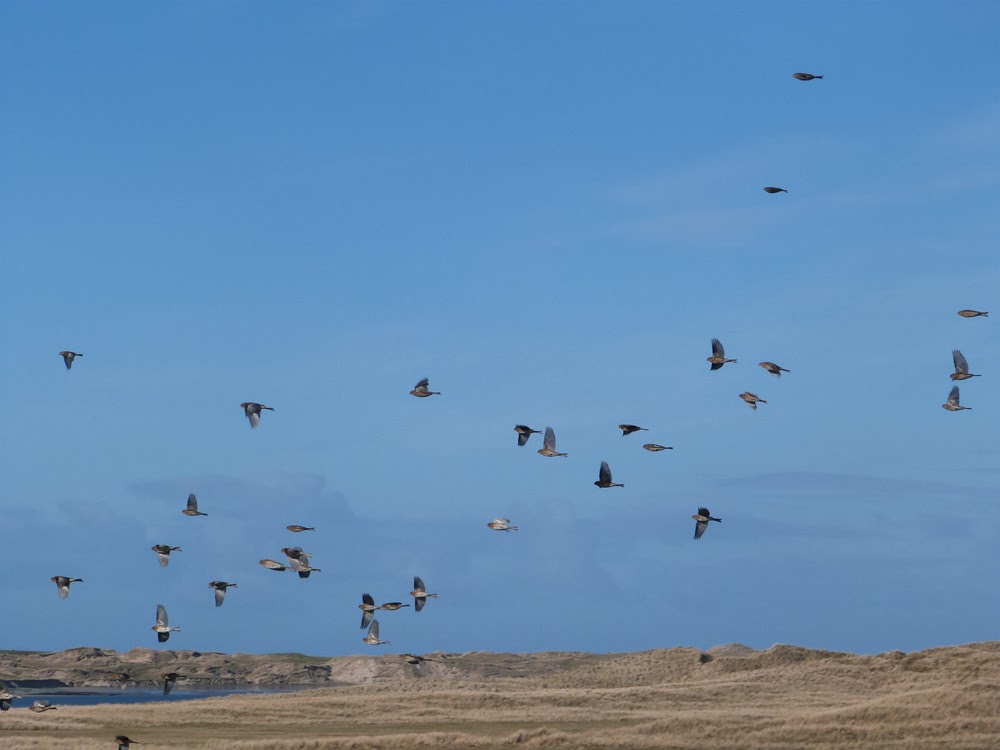 On the beach there were sand trees... 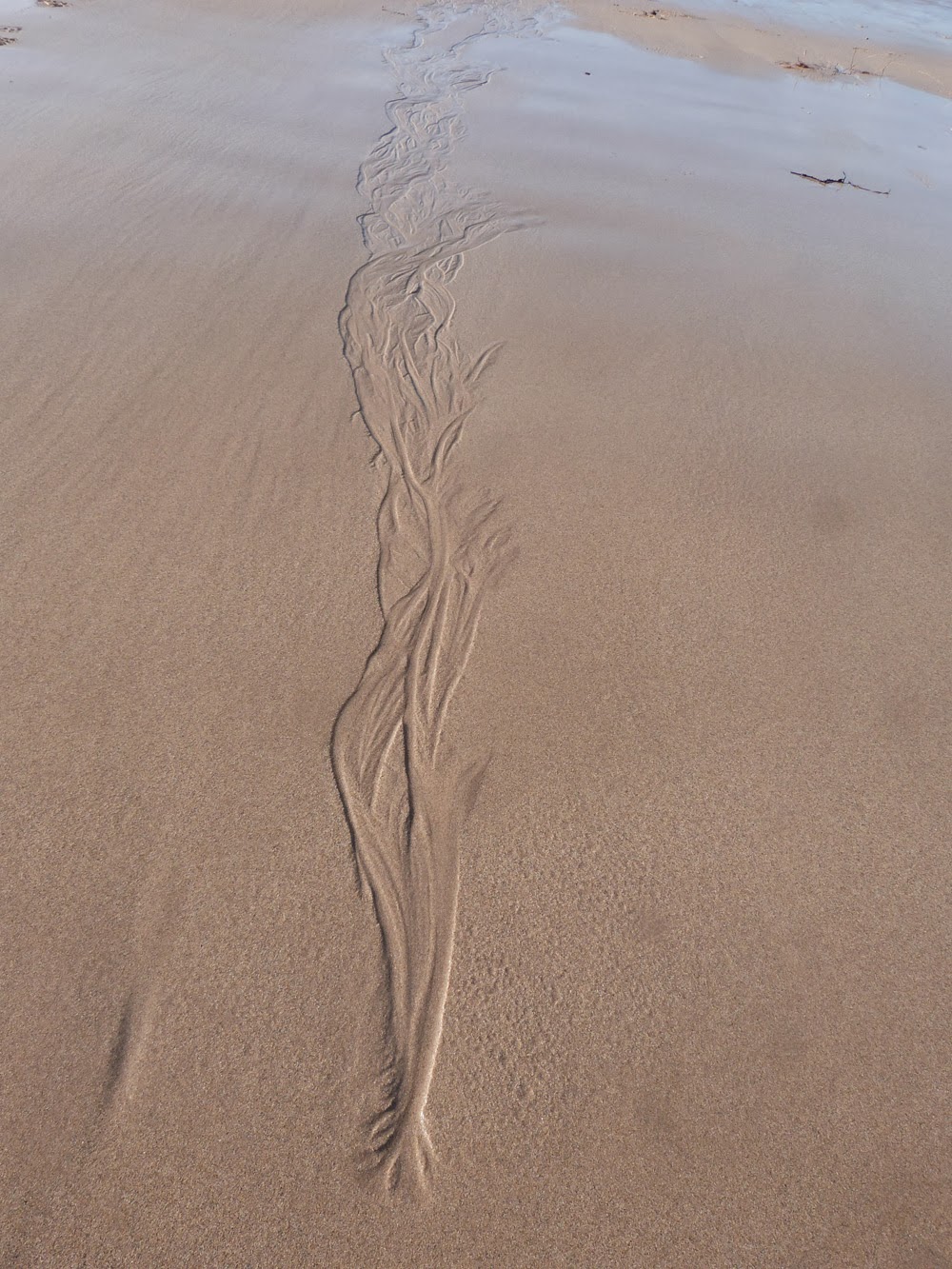 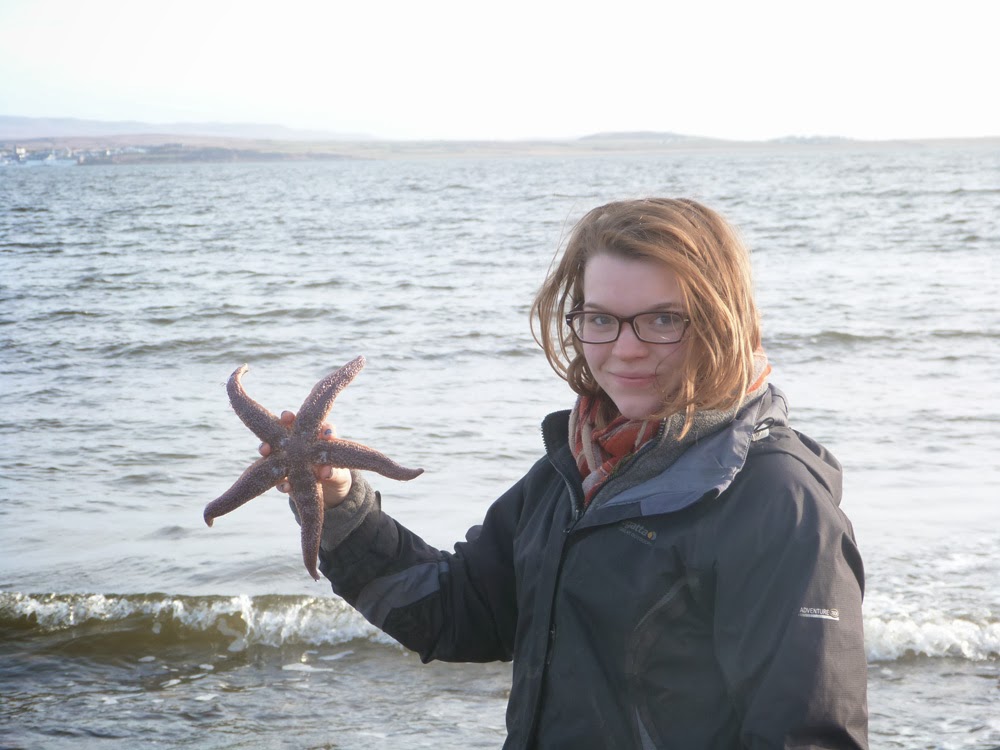 These are turnstones, I think, in winter plumage.
No doubt Bob will correct me if I'm wrong! 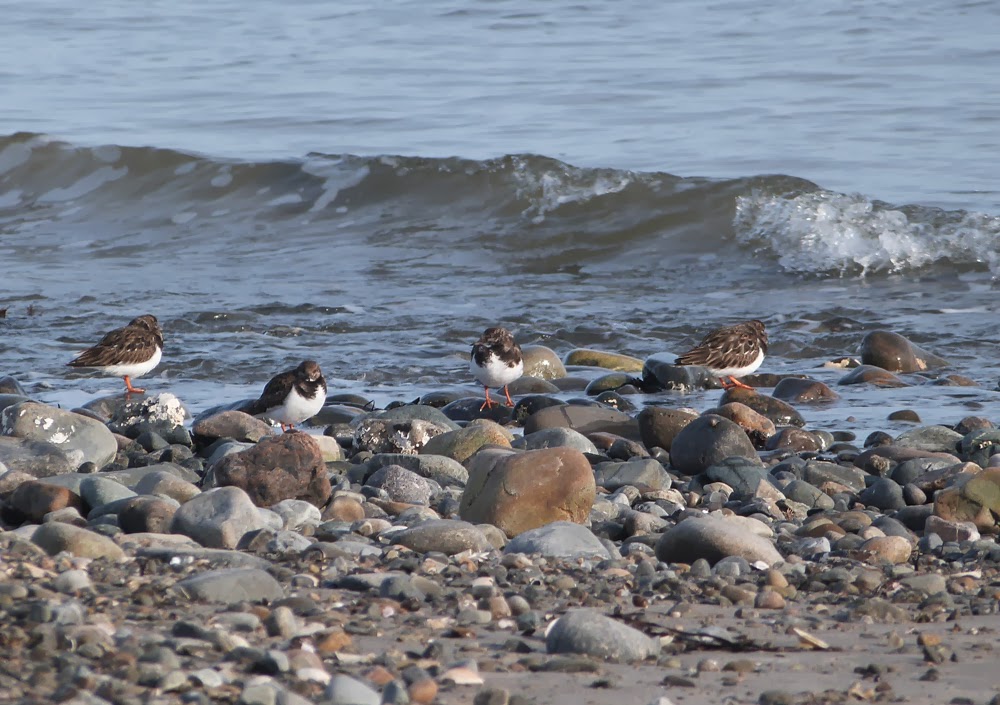 There were lots of people out today driving and walking
including lots of boy racers in bright coloured cars,
it made me nostalgic for my old purple mini! 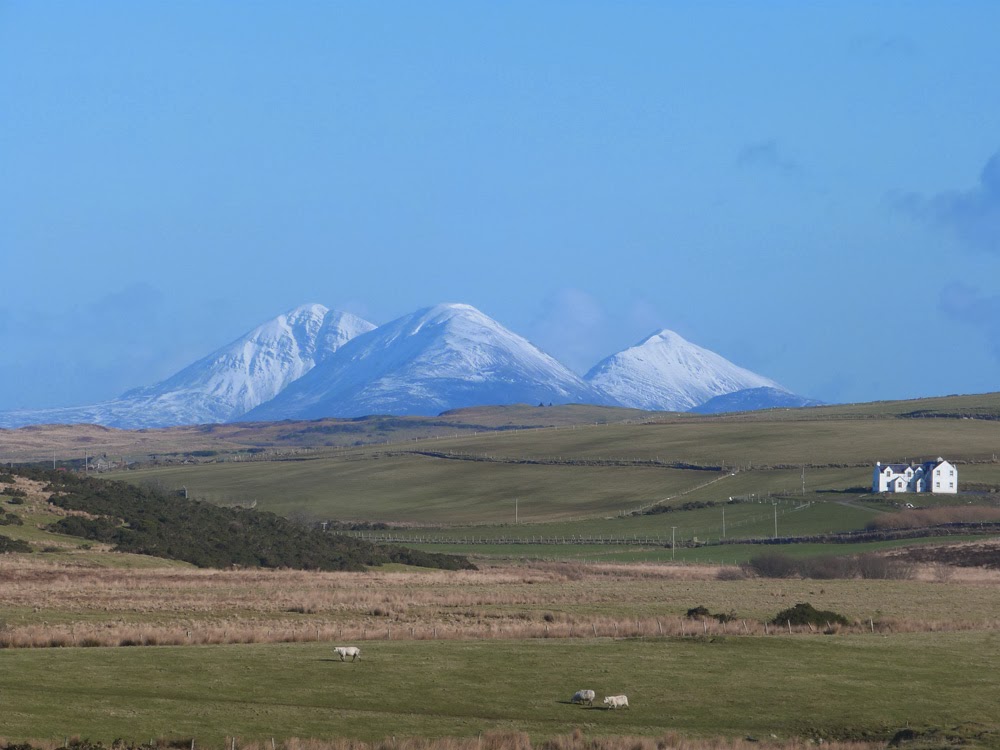 Today was the only full sunny day for a while,
normally, like the rest of GB, it rains... 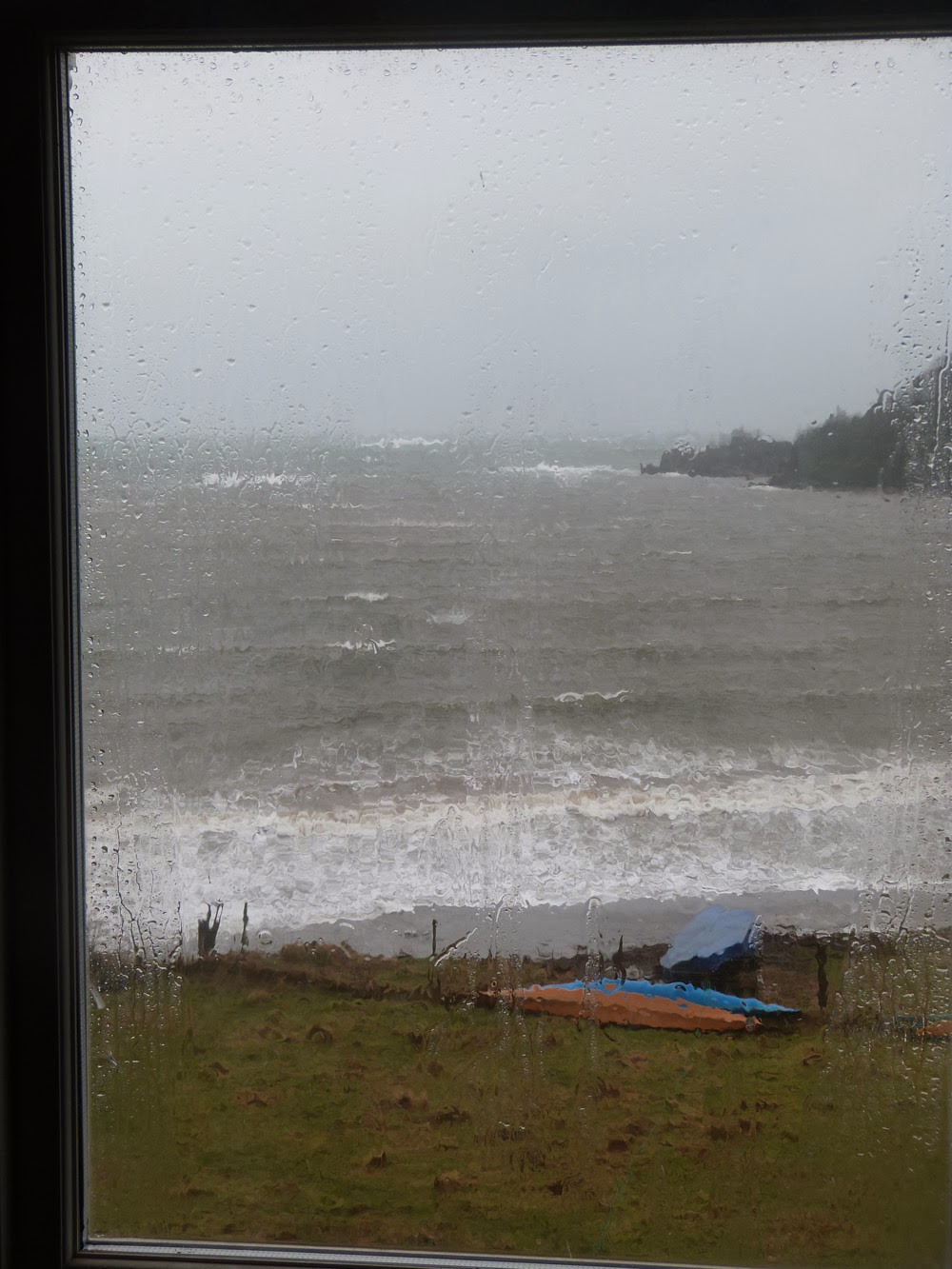 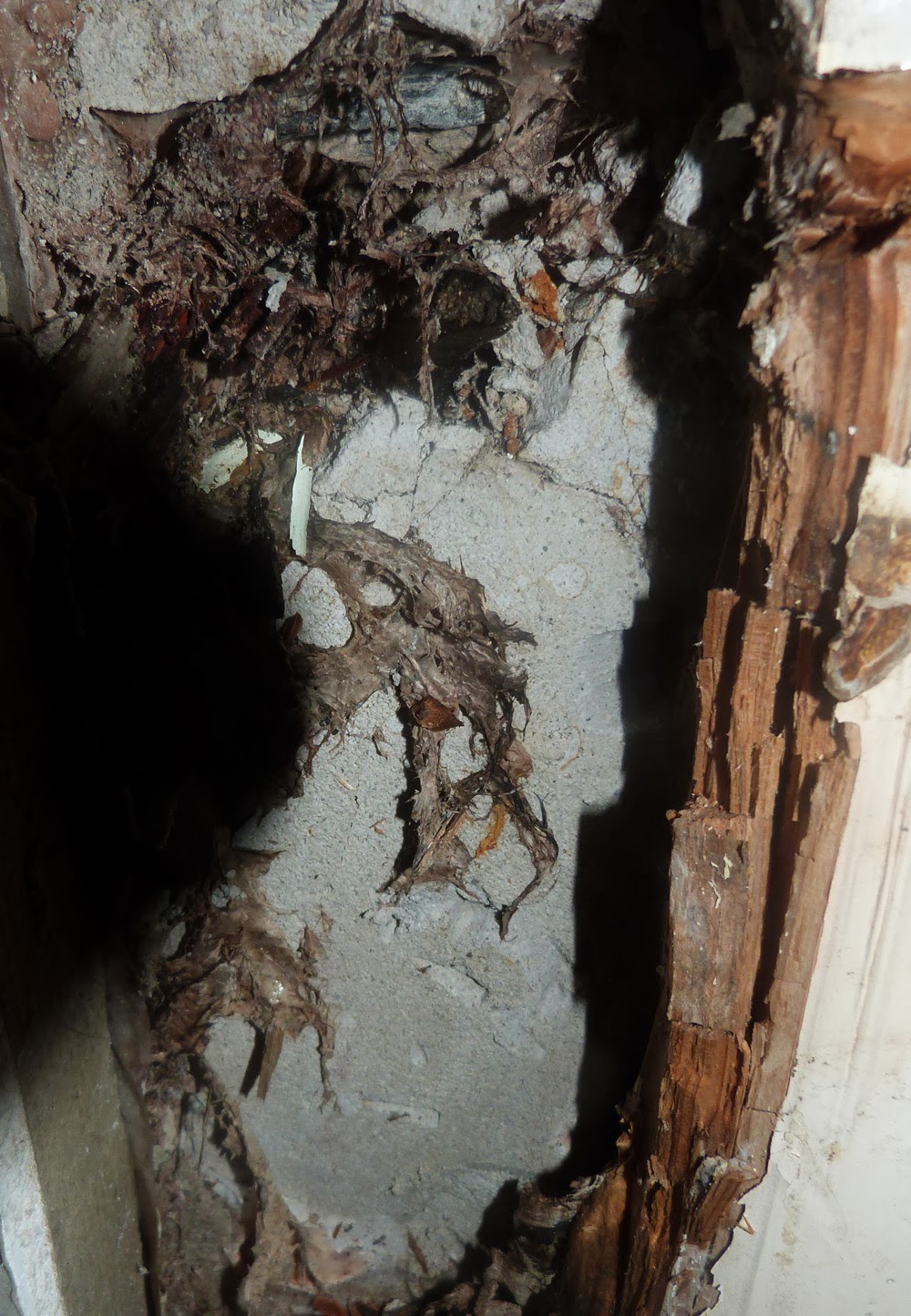 We have a really nice lunch of salad and hot quiche
(lots and lots of eggs still). Jenny is dunking the olive oil salad dressing in the kettle to pour, as it has solidified!
The fridge stopped working too, as it's too cold in the porch! 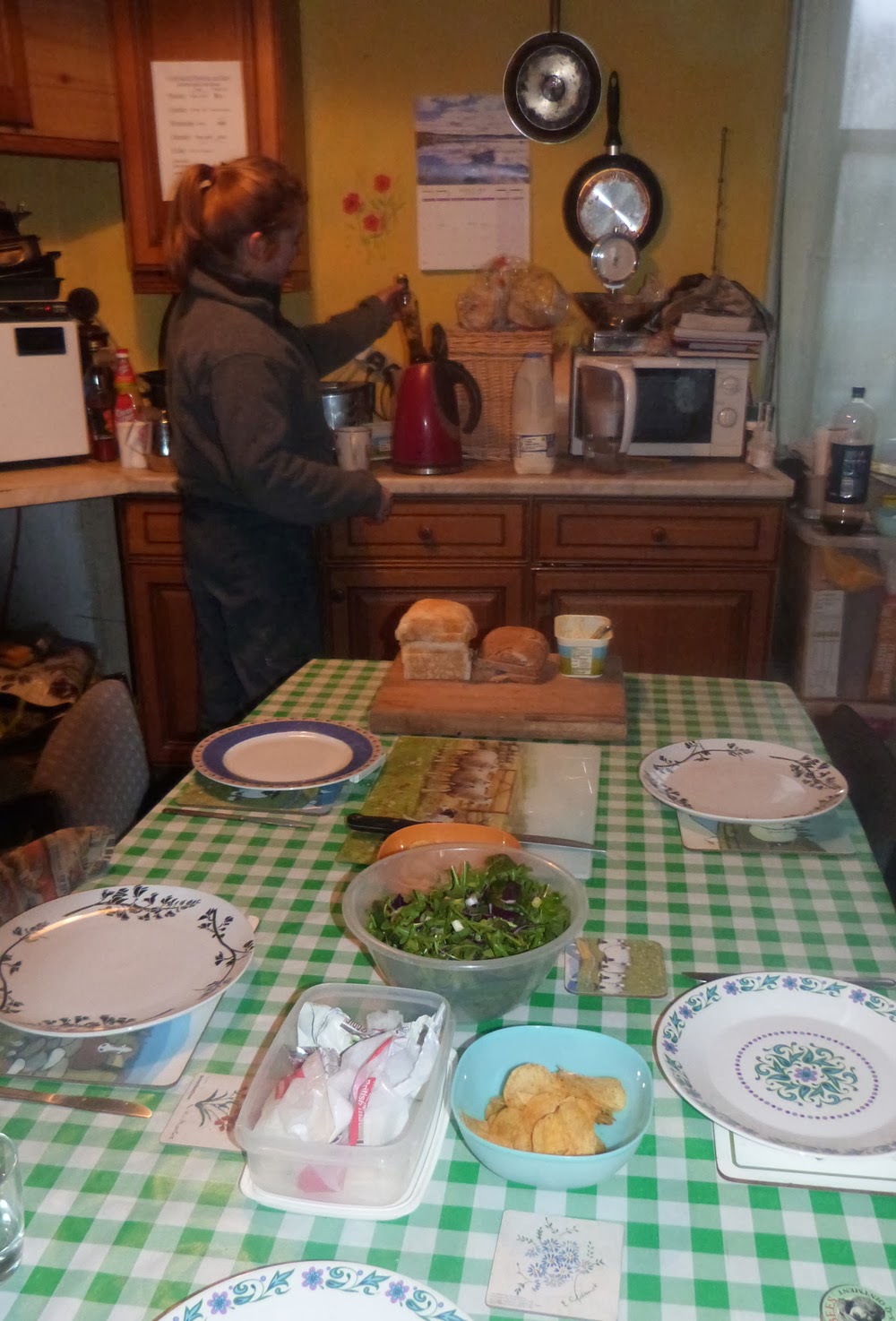 We have lots of insulation, but it's not much help yet. 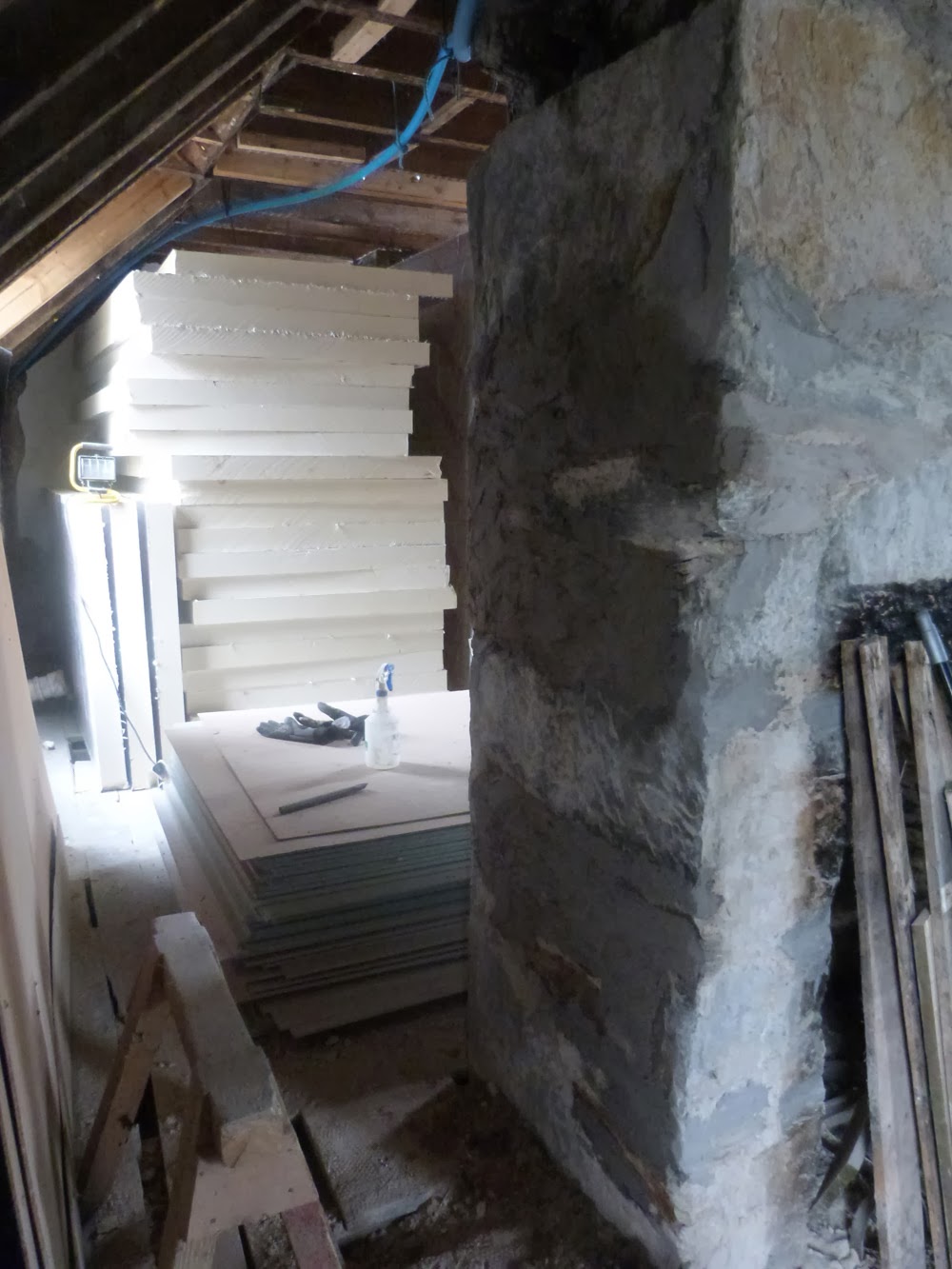 ...but the pointing is finished, upstairs,
so put out the flags tomorrow is another day...of rain! 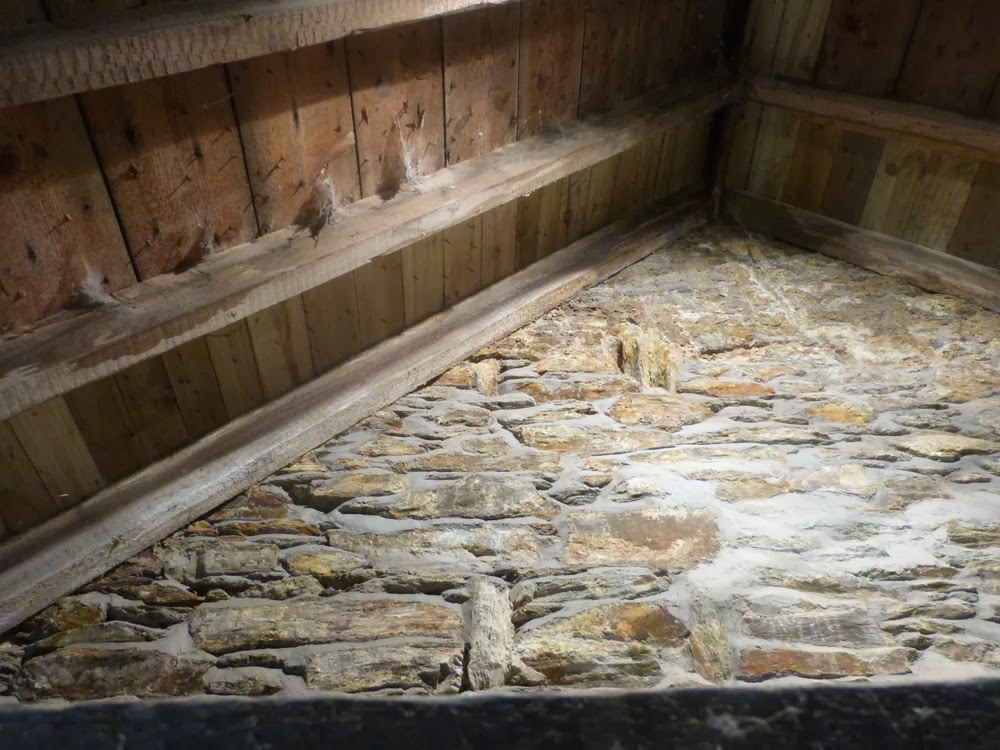 Dan is building steps at Tigh Cargaman for Topsy,
it's so wet and muddy he may have to wait a day or two. 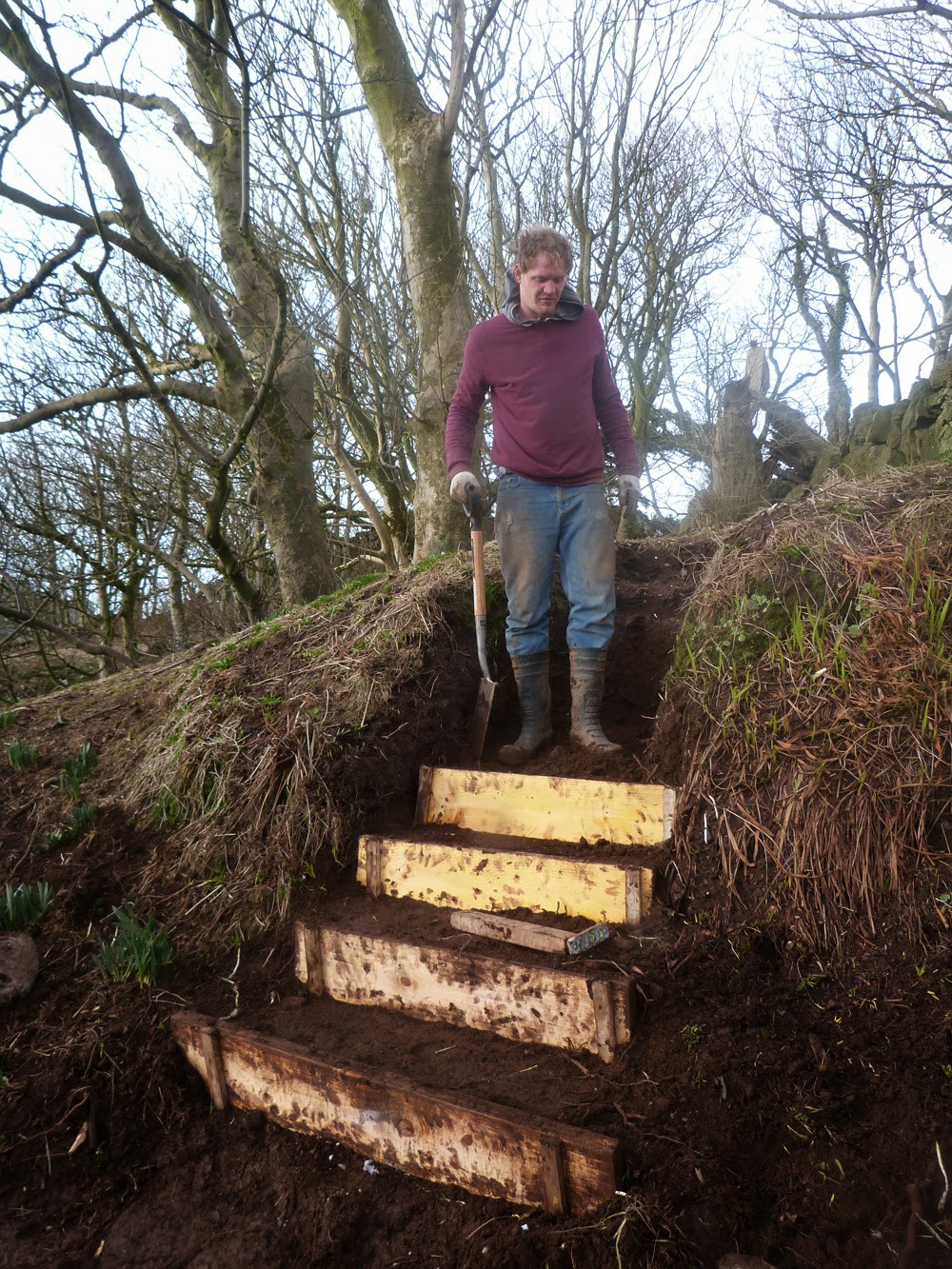 So there you are, another week gone by and we have had some sun, in fact Nick and I got the chainsaws out at Topsy's on Saturday
and after a little thought I remembered how to use it. Nick was well away cutting a large tree trunk, which he and Dan will now have to chop, as Jenny drew the line at splitting logs!

Tomorrow the 17th February, is a year since Bob and I arrived at The Dower House with Nick and Andrew following on the 19th.
A lot has happened in that time, many people have visited and helped and we have taken some big steps forward.

More sunshine that's what we need!