Photo Update-Autumn and the Roof

I took these photos of Saligo Bay just before I left at the beginning of October. 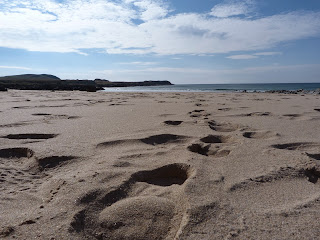 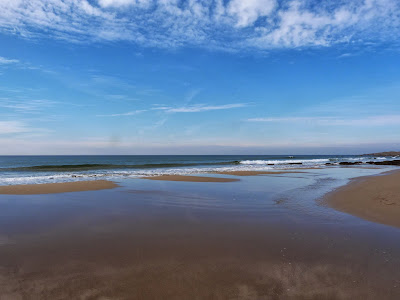 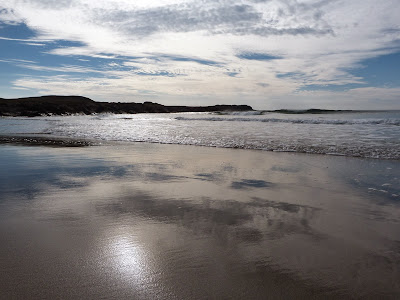 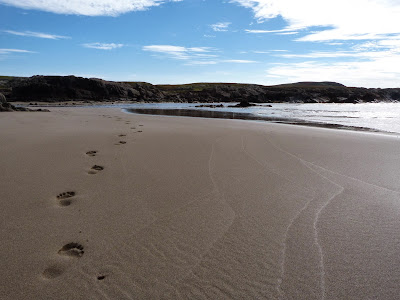 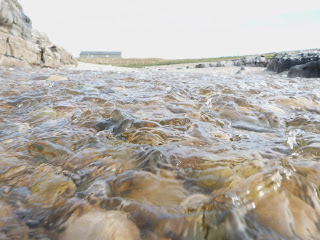 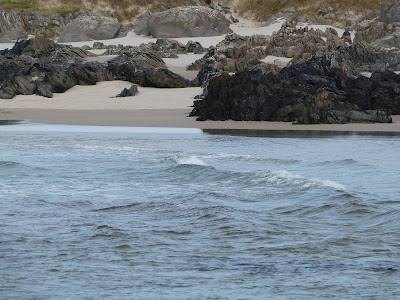 We haven't been to Sailigo Bay since I was really little, because it's always pretty rough and Mum has horrible memories of worrying about us getting swept away! We also used to walk down by the river, which is pretty difficult with 2 young children. The walk over the dunes and past the horses is far nicer. 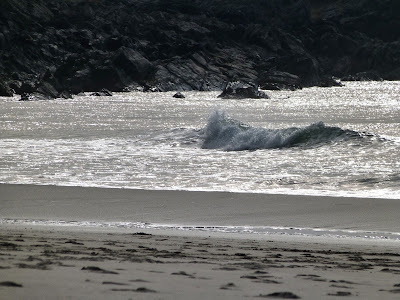 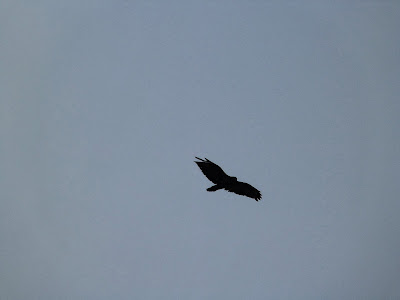 An eagle over the fairy hill. 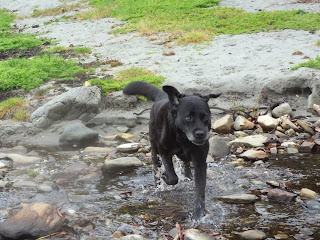 I was trying to take a nice photo of Islay before I left.... 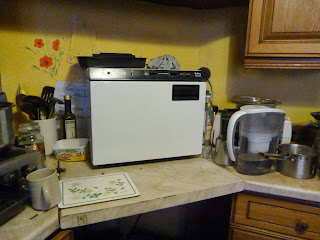 We have a new baby belling! All ready for Christmas dinner. 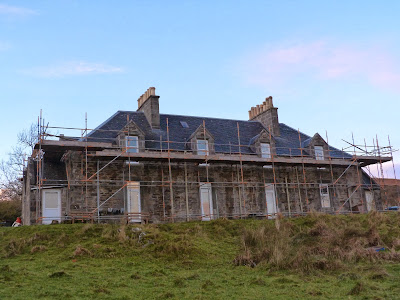 The seaward side of the new roof. 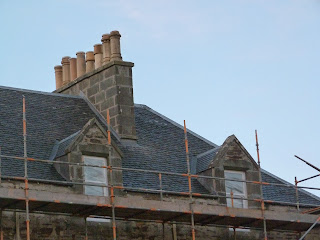 The Spanish slate on the dormers at the back. 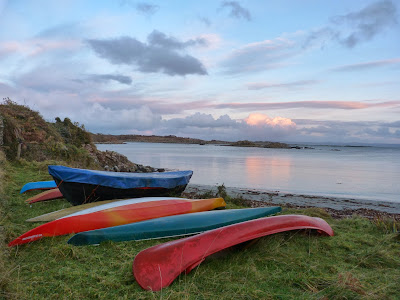 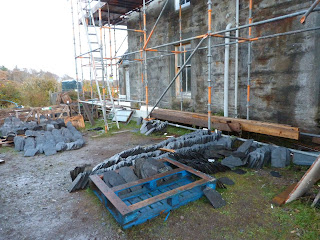 We still have quite a lot of slates... 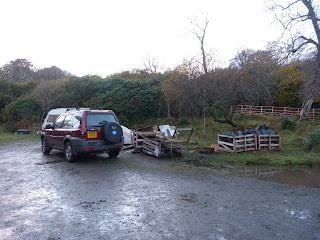 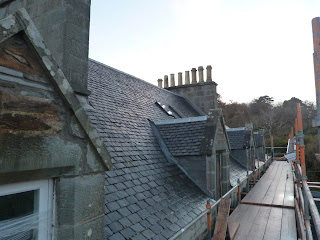 The roadside with hebridean slate on the dormers. 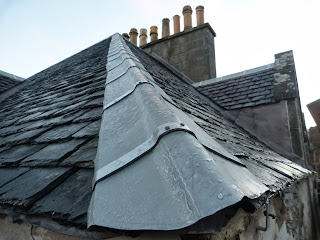 After much deliberation we eventually decided to go with a tin ridge. We originally wanted to go for a dry ridge system, but the angle of the dormers and the top ridge is 90 degrees, which is very unusual and therefore we were unable to buy the dry ridge system. 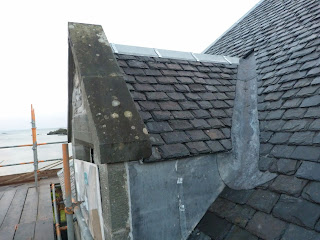 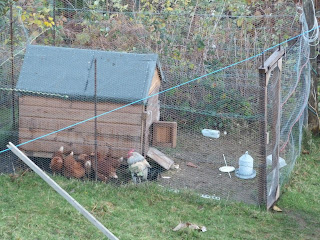 I've been making a few modifications to the chicken hut, with Mark, Bob's son in law, as it was leaking quite badly in places. 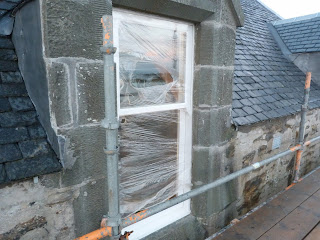 One of the windows at the back. they don't have strips down the middle as we wanted the view to be clear as it is so spectacular. 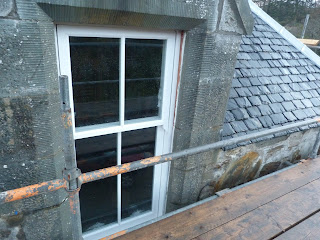 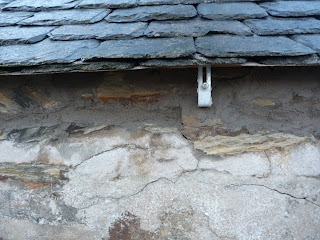 Bob's bit of pointing on the seaward side. 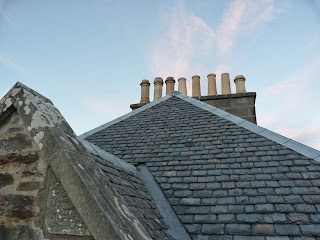 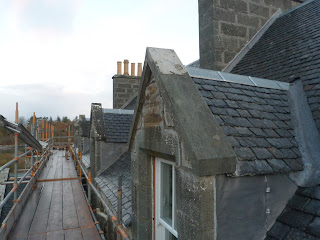 The scaffolding is finally clear!